Khalil Rountree recently announced that his next fight will be his last. Now there seems to be a date and opponent in mind for that bout.

Rountree was touted as quite the Light Heavyweight prospect, after his tenure on the Ultimate Fighter. Competing on the 23rd season, he would lose in the opening round, before injury brought him back in. Subsequently, he would be featured heavily during the season, ultimately losing in the finale, to Andrew Sanchez.

Despite his rough start, Rountree was still widely considered to be someone to watch in the future. However, he would trade wins and losses, (with a no contest thrown in for good measure) with his last fight being a TKO loss to Ion Cutelaba. Furthermore, three of his four defeats have come by stoppage.

As a result, it comes to mixed levels of surprise that Khalil Routree announced that his next bout would be his last. This was something the 29 year old said in a message on Instagram, informing his fans. He said, in a temporary post to his story:

“My next fight will be my last. so be sure to watch. 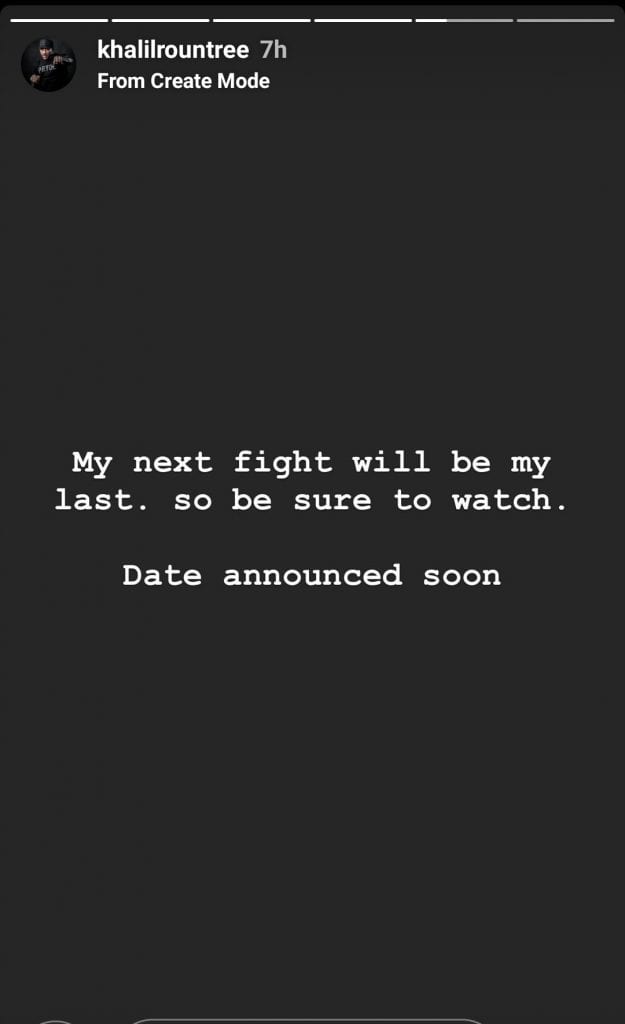 So who would Rountree be facing in his final UFC fight? Well, according to reports, he is expected to face Sam Alvey in his last trip to the Octagon. The bout will be added to a UFC Columbus card, going down on March 23rd. The headlining role goes to Francis Ngannous vs Jairzinho Rozenstruik.

It is common knowledge that retirements in MMA often mean nothing. Do you think Khalil Rountree will retire for good after facing Sam Alvey?

No Reebok, No Problem; Bryce Mitchell Gets Camo Trunks Made For Him
← Read Last Post