Khabib Nurmagomedov reminds himself of his faith by making sure that Allah is always with him everywhere that he goes.

Khabib Nurmagomedov has never hidden his faith or spirituality from anybody. His beliefs are always on display outside of the cage and social media. Furthermore, in the latest episode of UFC Embedded, Khabib’s beliefs were on full display as he sat down to interview with his American Kickboxing Academy teammate and longtime friend Daniel Cormier.

Justin Gaethje faces Khabib Nurmagomedov in a lightweight title unification encounter that will headline UFC 254. The pay-per-view event is scheduled to take place on October 24th at the UFC’s Fight Island venue in Abu Dhabi. Ever since the fight was advertised, fans have taken to social media to formulate their opinions on who will win the contest. However, Khabib believes that as long as Allah is with him, nobody can beat him.

During the episode of embedded, Khabib sat down with DC. Within the walls of Khabib’s room was a massive glass wall. Written on the wall, as each opponent that Nurmagomedov has defeated, written neatly in sharpie. 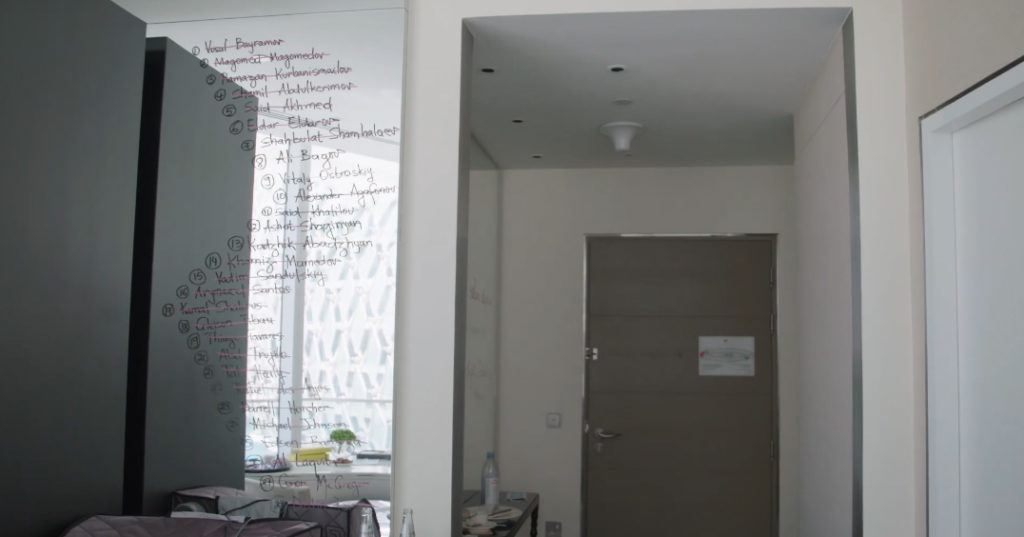 Looking at the rest of the wall is a handwritten message from Khabib to remind himself of his faith. The message read “When Allah is with you, nobody can beat you,” it reads. “You have to believe this. #KeepGoing #Undefeated #28-0-0.” 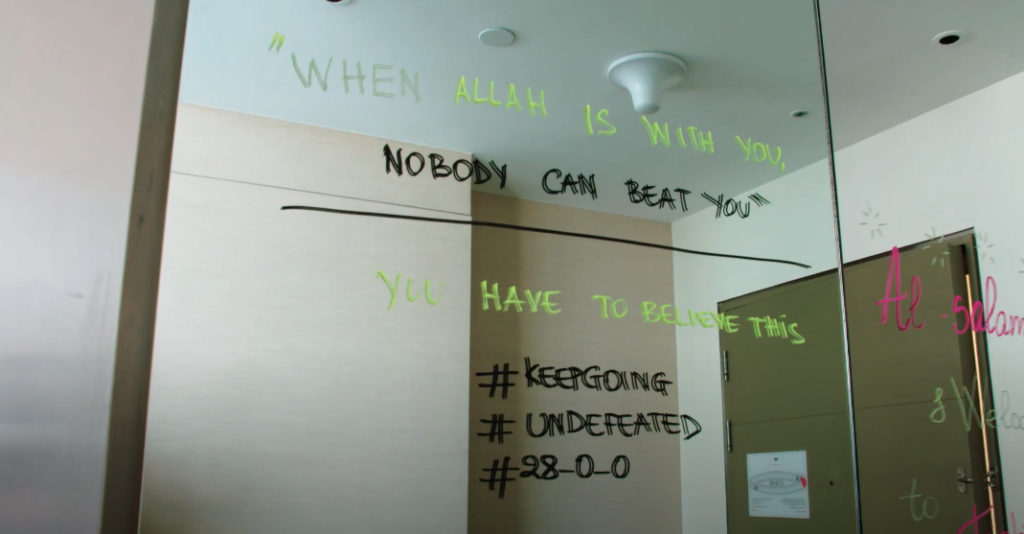 Race to the Finish

Gaethje will be Khabib’s toughest test to date. Furthermore, Nurmagomedov recently stated that he will go into the fight with the mindset of finishing Justin. On the flip side, Gaethje has made his gameplan clear. Inflict as much damage as humanly possible, while staying far away from the walls of the cage.

With both men pledging to bring a finishing mentality, it’s become even more evident why the bout is trending to be the biggest in UFC history.