The former UFC lightweight king discussed a number of different topics in a recent appearance on the "FULL SEND" podcast.

Khabib Nurmagomedov is a simple man in more ways that one.

Even though he is now retired from mixed martial arts, the former UFC lightweight king still remains busy with his various business ventures as well as coaching his teammates.

Not to mention, his Eagle FC promotion which recently made its North American debut this past weekend.

However, even with his popularity and riches, “The Eagle” remains the same humble fighter who goes about his business. This was exemplified in a recent appearance on the “FULL SEND” podcast where Nurmagomedov discussed a number of topics.

Among them was the kind of music he listened to where he made the revelation that before Drake was in Conor McGregor’s corner for their UFC 229 fight, he had no idea who the world famous rapper was.

After revealing he didn’t know who another rapper in Moneybag Yo was, Nurmagomedov did state that he listened to rap. But more old school stuff.

While he doesn’t know who Drake is, Nurmagomedov certainly knows who Michael Jordan is.

The six-time NBA champion was arguably the most famous celebrity in the world at one point during the nineties and such was his popularity that even Nurmagomedov was aware of his reputation.

In fact, “MJ” is the one person Nurmagomedov has yet to meet that he would like to do so. Especially after watching his “The Last Dance” documentary.

“Before his documentary, I didn’t know about him much. I just know Michael Jordan is the greatest basketball player and that’s it. … It was very impressive for me to watch and I really want to meet this guy.”

You can watch the full podcast below: 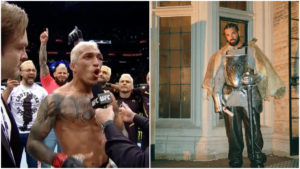 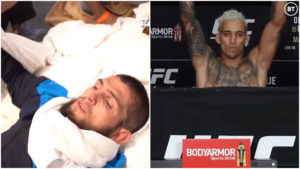 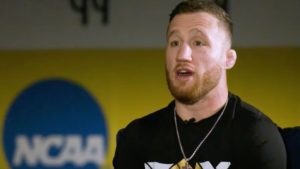