Kendall Grove plans to retire from MMA in three years 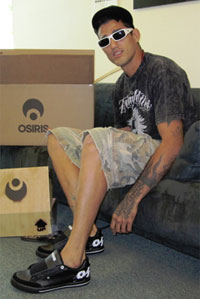 To retire before you hit thirty-years old is something that is bestowed on all those trust-fund hipsters that live in West Hollywood. If living in your parent’s basement and waking up in the afternoon is a sign of retirement, then 70% of the guys I went to college with can claim that award. An award that can proudly be placed on their wall…if only they had the energy to find a friggin toolbox. In this interview with The Garv, Kendall Grove plans to be one of those guys to chill for the next seventy years without having to show up for ‘work’ late.

“I plan on retiring in the next 3 years. I see myself teaching. I enjoy teaching a lot. I see my students and it is a big inspiration for me to look forward to something when I am done fighting. They do encourage me to go out there and fight and I want to fight every time I see them fight. Teaching is a good back plan. I know that this is the fastest growing sport and I see some young kids out there that I know we’ll see in the future because they’re so damn good. If me and the UFC don’t work out in the next two years, you might see me fight two times, but I plan on hanging it up. I think I’ve accomplished a lot in here. I mean, I’m 27, but I’m feeling a lot. My lower back is killing me. My knees are jacked and I haven’t had surgery on them yet. I see myself still in this sport as a coach though.”

Props to Kendal Grove for choosing his health over chasing after a lucrative paycheck. In the interview, Grove says he hopes to have ‘the most feared and hated gym out there’, something that can only be fully understood if you close your eyes and pretend Skeletor said it from the top of Castle Greyskul. [Source] 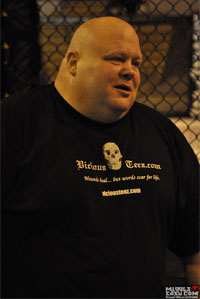