Kelvin Gastelum Under Fire For “Leaning On Coach” To Make Weight! 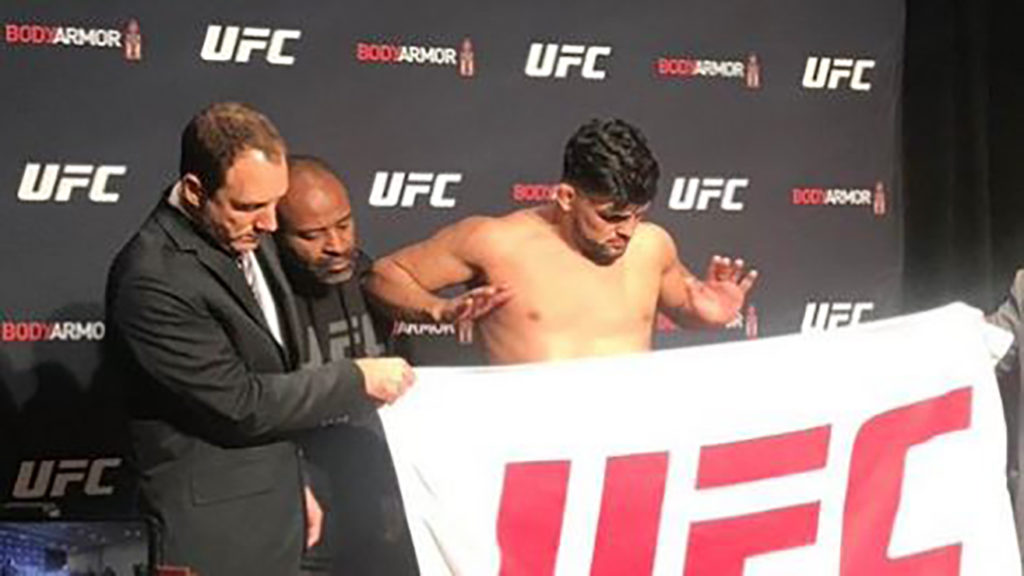 Did Kelvin Gastelum Really Lean On His Coach To Pass The Scale?!

But his weigh-in was… well, at least suspicious. Did he really flout the rules during Friday’s official weigh-ins? Maybe NYSAC officials did a bad job, look at the video below and judge on your own. Oh, he weighed 184 lbs, which is 2 pounds under the limit!

Was there some sneaky elbow leaning by Kelvin during his weigh-in? 🤔 #ElbowGate #UFC244 pic.twitter.com/0jnd2riYCR

NYSAC, shame on you! I mean, common, an elbow on coach’s shoulder while the Official was checking his weight!?

Kelvin Gastelum appears to be leaning on his coach Rafael Cordeiro as he weighs in. 👀👀#UFC244

Well, who knows, maybe Kelvin Gastelum didn’t benefit from the shoulder roll at all. Greg Hardy’s decision win over Ben Sosoli was overturned to no contest despite he asked for the permission.

What do you think, did Kelvin break the rules?