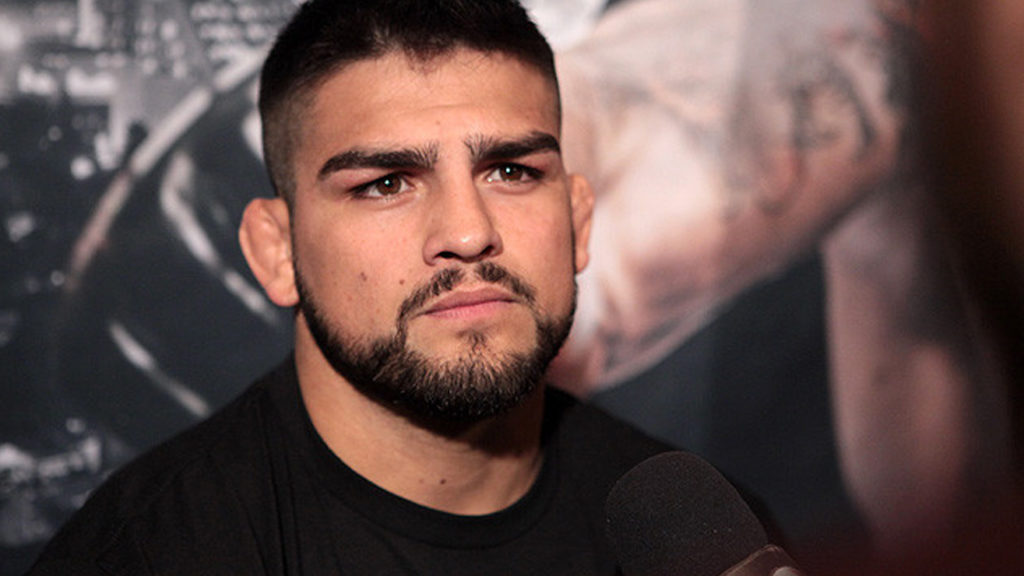 Last week, “Platinum” Mike Perry tweeted a screenshot of a Facebook friend request sent by none other than UFC middleweight Kelvin Gastelum. Perry ruthlessly and publicly denied The Ultimate Fighter’s friend request, and now Gastelum is telling his side of the story.

“What happened was, I woke up one day, and I went to check my Facebook. Then he, randomly, I got a Mike Perry comment. I’m like ‘alright, I’m gonna check it,’ and it said ‘Jacare is going to strangle you.’ I’m like, alright, I didn’t reply, I didn’t ‘like’ it or anything. What I did was, I tried to mess with him just to see what he would do, and I sent him a friend request.”

“I kind of feel like it backfired. Because he blew it up on Twitter, he kind of made me look like a fool or at least I felt like it. But yeah, I’m not worried about him. I was just kind of messing around just to see what would happen.”

Gastelum used to compete at welterweight alongside Perry, but several missed weight cuts forced the 26-year-old to move up to middleweight, where he’s now a top ten contender. Gastelum will face “Jacare” Souza at UFC 224 next month, and Perry didn’t hesitate to tell Gastelum his prediction:

The Ultimate Fighter season 17 winner says this experience has taught him a lot about social media and the perils of errant friend requests:

“I’ve learned that people will say anything online,” Gastelum said. “Anything to get your attention, to get you to respond to them. And many of those people are the saddest people on earth. I don’t pay any attention to it. Only sometimes when I want to have some fun. … I used to read the comments and think ‘oh my god, what are people thinking about me, what are they saying about me?’ But now it’s just like, I realize some of those people are the most saddest people on earth.”

This video of Jon Jones training at midnight in an empty gym is kind of sad
Read Next Post →
Click here to cancel reply.