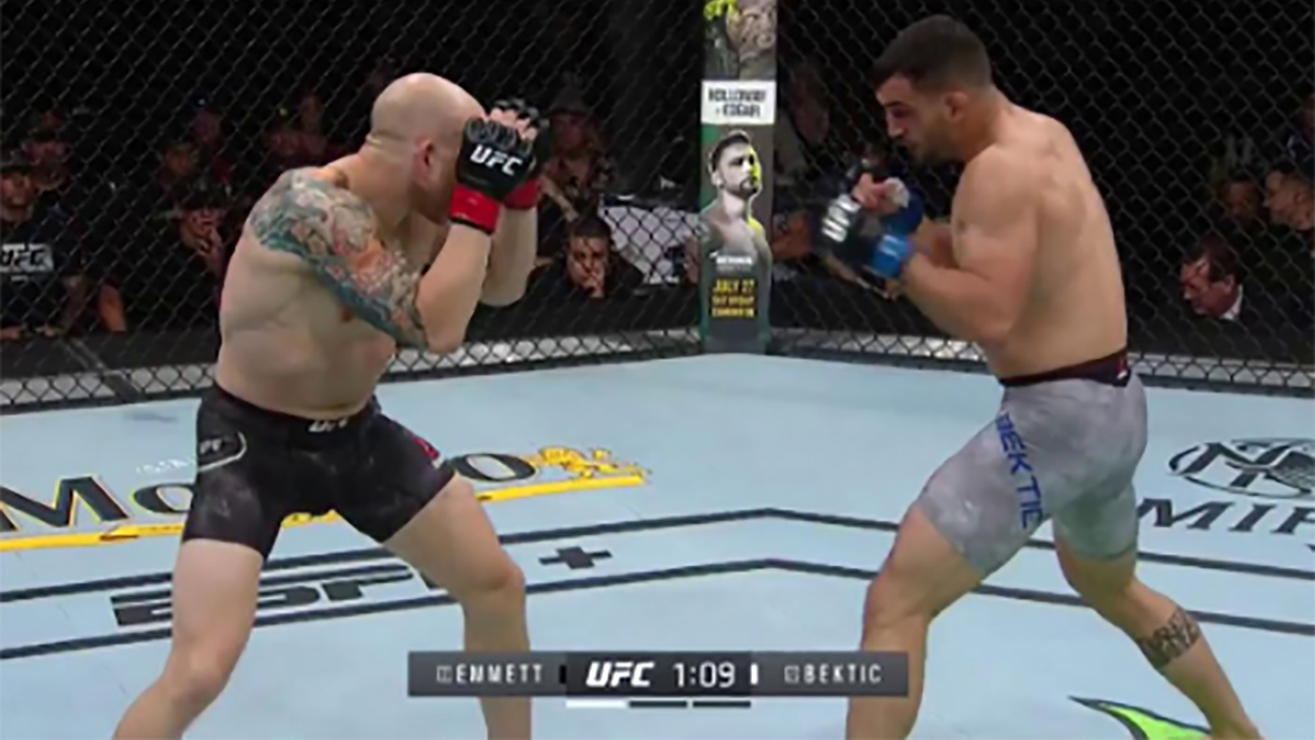 Josh Emmett Drops Mirsad Bektic With The Jab And Destroys Him With A Barrage Of Punches!

Ultimate Fighting Championship (UFC) is back at the capital of California again tonight (Sat., July 13, 2019) as UFC Fight Night 155 is going down live from inside Golden 1 Center in Sacramento now. Welcome to the 145-pound between Bosnian rising talent Mirsad Bektic and the former WCFC Lightweight champion Josh Emmett.

The referee in charge of this competition is Jason Herzog. Here we go!

Bektic missed with a huge right-hand early on, Emmett pressures forward. Neither man shows much action during the first half of the round.

Right-hand Emmett, who dodges Bektic’s incoming strike and delivers a huge punch to the mid-section.

Emmett drops Mirsad with a step-in jab, what a punch!

Bektic is trying to survive while Emmett attacks with hammer-fists. Emmett has no mercy, he moves towards the turtled opponent’s back and continues landing big shots. This is too much punishment, and Jason Herzog has seen enough, he stops the fight!

Here is the highlight finish: