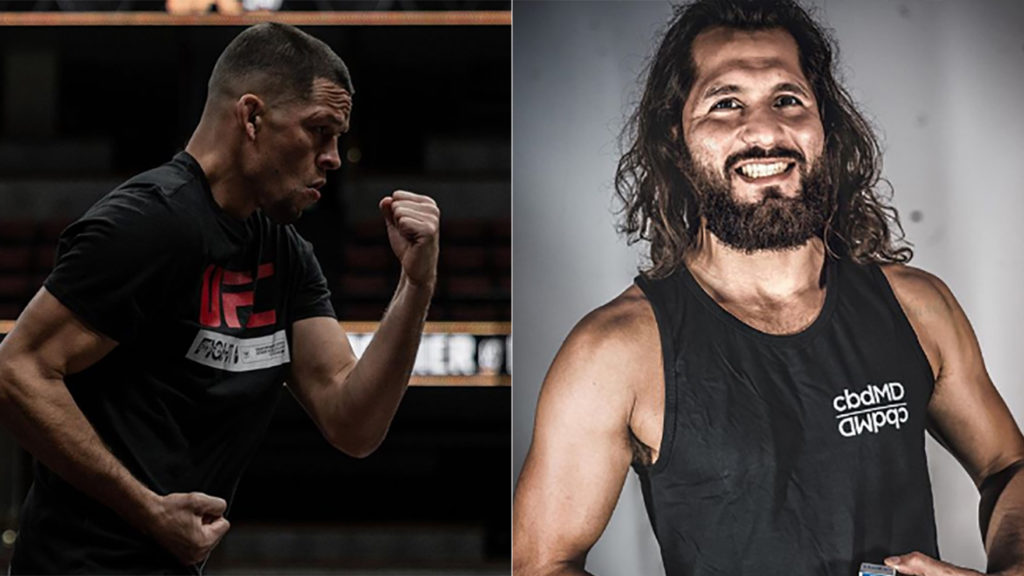 “Gamebred” is not a classic-style trash-talker like Colby Covington or Conor McGregor, he’s just a guy who freely speaks up his mind. After his 5-second KO over Ben Askren, UFC paired him with a fighter known for trading verbal shots.

Nate Diaz is expected to square off against Jorge Masvidal at UFC 244 in MSG on November 2, 2019, for the title of the “baddest mother*cker”.  But Masvidal believes there is no need to go back-and-forth with “The Stockton Slugger” before, during, or even after the bout. (via Ariel Helwani MMA Show)

“Man he knows everything that there is to know about me. Between men, between real men it just takes a glance.”

“I don’t have to go back-and-forth with that dude. [When I stand across from him] I go ‘man that dude is coming to turn my f*cking lights out.’ We don’t need to be f*cking talking sh*t.”

“In the case of a lot of other dudes, they just gotta talk it because they can’t bring it in a fight.”

Nate Diaz and Jorge Masvidal will also meet at the press conference on September 19, 2019, where they will promote their 170-pound bout. What do you think, can this fight go without a trash talk?