Jones continues to receive criticism following his arrest for domestic battery charges back in September following the UFC Hall of Fame ceremony.

Jon Jones had a message for his haters on Tuesday.

He has since been removed from the UFC rankings, kicked out of his longtime Jackson-Wink gym and continued to receive criticism from fans, media and fighters alike.

Jones finally had enough and decided to hit out at the trolls in particular who continue to harass him online about the events that took place in Las Vegas. The tweets were deleted but screenshotted by BJ Penn.

“If you’re still talking about what happened in Las Vegas but you’re living at your moms house, your priorities are in the wrong place my friend. You over there focusing on another man’s troubles, I’m over here focusing on getting farther ahead of you.”

When a fan replied that his mother lived with him rather than the opposite, Jones decided to make a point clear.

“I actually respect situations like that tremendously. If my mother was still alive I would definitely allow her to live with me. I’m talking about you losers out there, very rarely do happy or successful people take time out of their day to harass others on the Internet.” 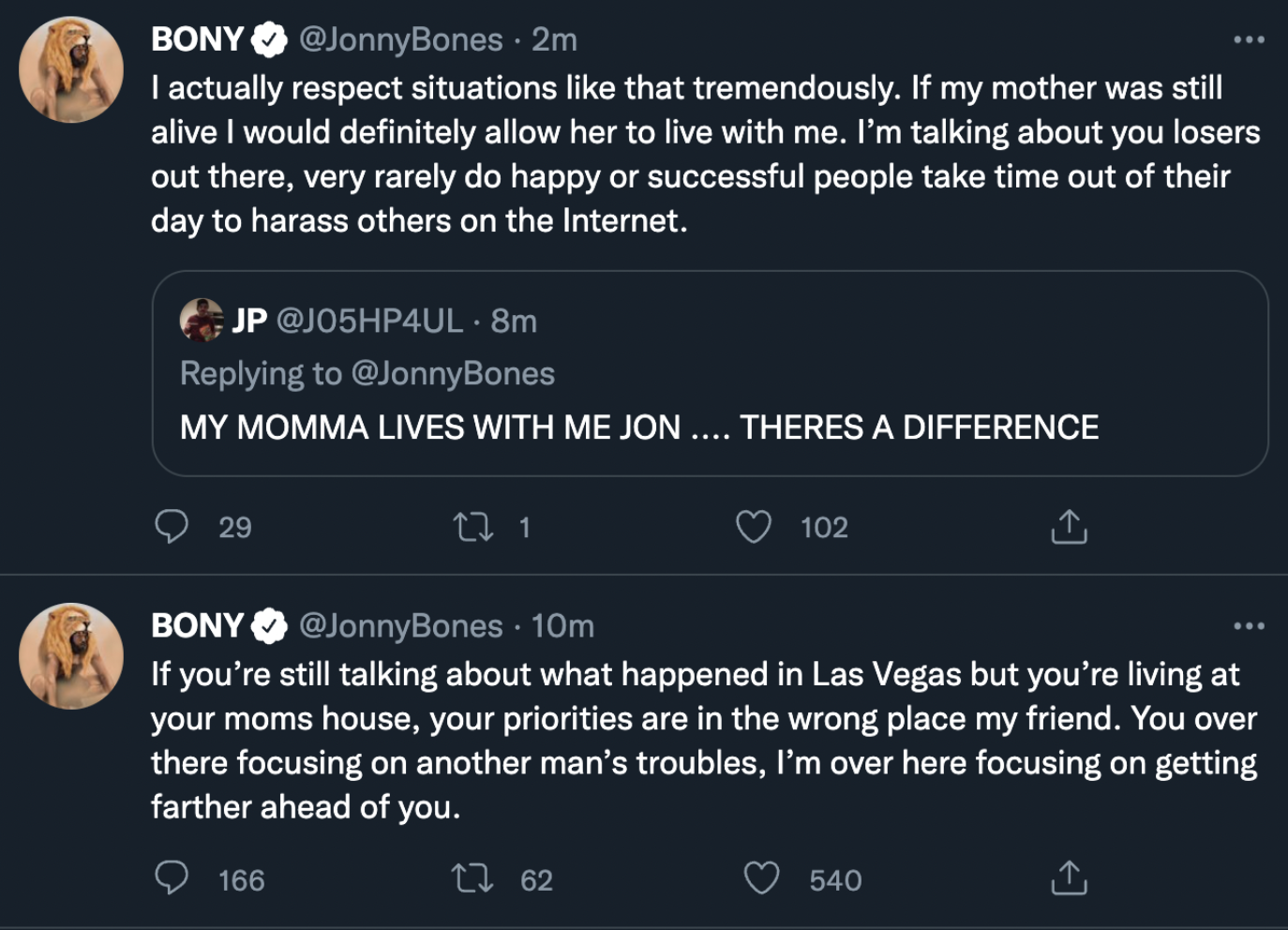 Jones Has Himself To Blame

While nobody deserves to be harassed online, Jones certainly has himself to blame.

That’s because his arrest in Las Vegas was just one of many brushes with the law that he’s had over the years. Each case has seen him declare that he will change and become a different man only to end up in trouble sooner or later.

Since this incident, “Bones” has vowed not to drink anymore and has once again stated that he will learn from his mistakes. Whether that happens remains to be seen for now.