Joe Rogan wishes the UFC would co-promote with Strikeforce 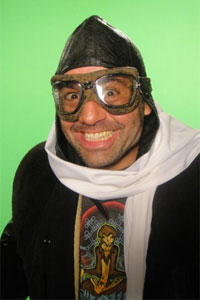 Last year Joe Rogan had a tree growing out of his toilet. It’s amazing that a tree could emerge from a large pipe devoid of light, but it’s even more amazing that someone was reincarnated as a tree in a toilet. Hopefully, it was some evil guy like Joseph Stalin and that was his punishment for his general douchebagary throughout history. An entire life spent feeding on the leftovers of whatever Joe Rogan had the night before — and in complete darkness. Suddenly your life ends when some plumber does this to you. Despite being surrounded by excrement, I would much rather spend my life as a tree in a toilet than to be trapped in the cage with Ubereem or Brock Lesnar. Yes, being a poop tree pales in comparison to feeling the ground and pound that originates from the limbs of Alistair Overeem.

You’re not the only one that wants to see a co-promotion between Strikeforce and UFC. In Rogan’s recent Ustream broadcast with The Voice, he reiterates an idea that we’ve all thought of at some point in time.

“The problem is, it would have to be … The problem is the UFC is such a much bigger name and they’re worth so much more money and it would lend respectability to Strikeforce and like build up the enemy.”

“You couldn’t really do it, unfortunately, business-wise, but [expletive]!”

UFC vs. Strikeforce, a New Year’s Eve event. Champion vs. Champion. Gilbert Melendez vs. Frankie Edgar, Nick Diaz vs. GSP, Jacare vs. Anderson Silva, Feijao vs. Shogun Rua and Ubereem vs. Lesnar. A huge LOL goes out to anyone that truly believes that will happen. Bummer. [Source]

Fedor will be dishing out lessons in just a few days
Read Next Post →
Click here to cancel reply.