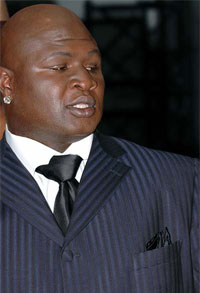 So by now, you’ve probably heard about the ‘Curse of UFC 108’. Don’t worry, UFC 108 already happened. It’s finally over. The endless array of injuries plaguing Dana White and Joe Silva has come to an abrupt end and the fruits of their labor yielded a pretty rawesome night of fights. Even the post-fight press conference went well…until James Toney showed up.

For those that don’t follow that OTHER combat sport known vaguely as ‘Boxing’, there’s a dude named James Toney and he’s convinced that he would be a big deal in MMA. In fact, he says it would be the biggest event in the history of entertainment.

James Toney is the current NABO and IBA Heavyweight champion of the world, he’s also been a champion at Cruiserweight, Super-Middleweight, and Middleweight and he’s ready to compete against anyone, anytime, anyplace. To make matters worse, he knows exactly where Dana White lives, just in case he ‘punks out’ on offering him a contract with the UFC. Check out this video from last night of Toney at the UFC 108 post-fight presser. [Source] 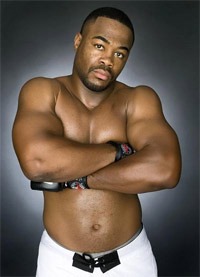