Jake Shields retains the…WOAH did you just see what Mayhem did? 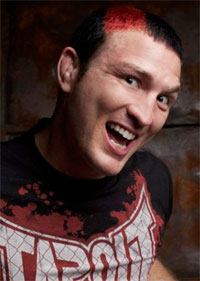 Shields beat Dan Henderson via unanimous decision but let’s get to the entertaining part, did you guys see the punch Nick Diaz landed on Mayhem! Wow. How can you not love the Diaz brothers? They just brought the 209 directly to your living room and some CBS executive’s desk Monday morning (and expect that same exec to be grinning from ear to ear after the ratings come in). Actually, it looked like everyone from Cesar Gracie jumped in.

Look, if you think stuff like that was ’embarrassing’ or was ‘bad for the sport’, you clearly haven’t seen a single Pride fight. The entire Strikeforce Nashville card just became one huge viral video. Five years from now, people won’t even remember who won tonight. Not at all. It was all about Mayhem Miller just living up to his name. After Jake Shields succsesfully defended his title, Mayhem got on the mic and told Jake Shields that he was ready for his rematch. Apparently asking for a rematch is just below being called a pedophile rapist in the Cesar Gracie camp and Mayhem was literally jumped by a crew of people.

I mean seriously, do you guys really think Dana White even watched Strikeforce Nashville tonight? Dude was probably out in Las Vegas…oh wait, this just in:

And the post-fight brawl has already surfaced on the net. Enjoy. 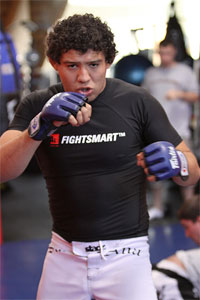