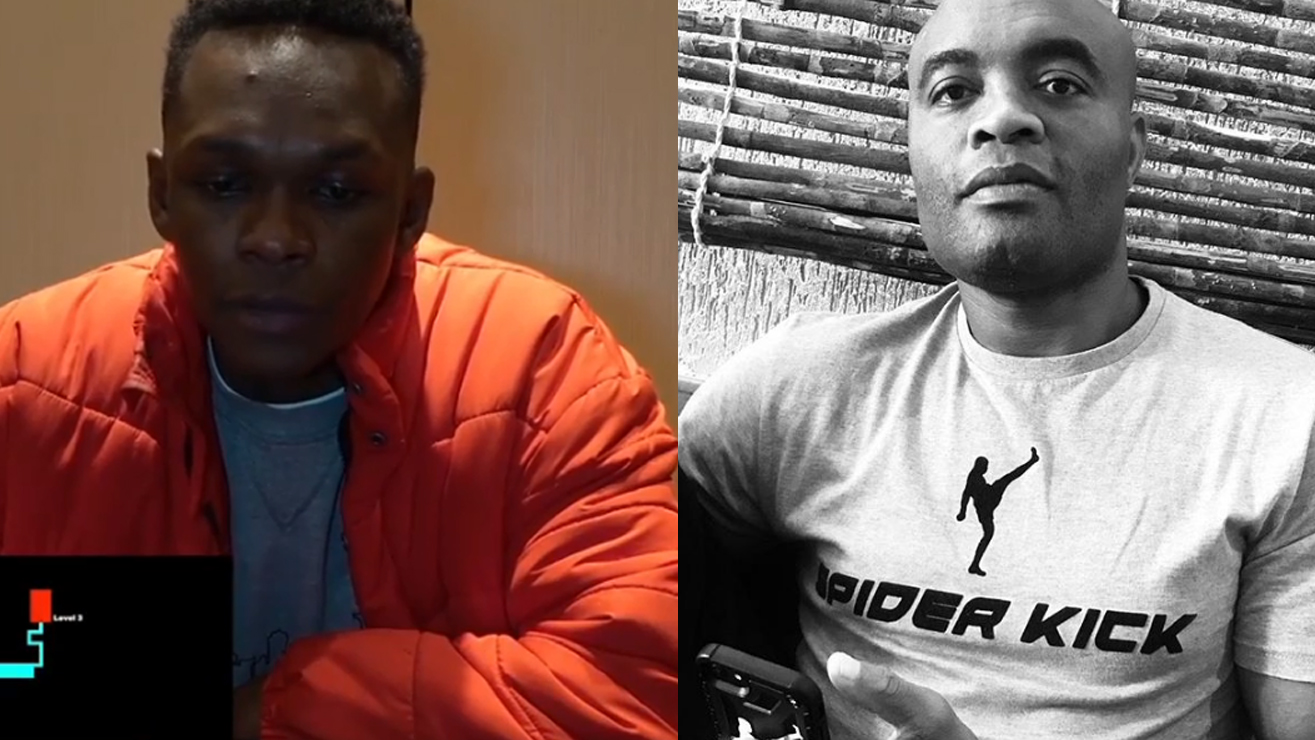 The fight between Anderson Silva and Israel Adesanya was recently booked. The two fabulous strikers are set for UFC 234 on February 10, 2019, in Rod Laver Arena, Melbourne, Australia.

“The Last Stylebender” is in the great shape at the moment. He is freshly coming off a dominant first-round victory over Derek Brunson at UFC 230 on November 3, 2018. He is undefeated, with the score of 15-0 UFC, 4-0 MMA.

“The Spider” didn’t have a match since February 2017, when he won the same opponent, Derek Brunson, via unanimous decision at UFC 208.

Israel Adesanya planned to fight in Melbourne. Yet, Dana White’s ideas were a bit different. (via MMAFighting.com)

“Initially, when I went to Sydney to meet Dana, this was the exact plan I gave to him,” revealed Adesanya. “I told him let’s get this done in Melbourne as a co-main event. But, he had other ideas. He had an idea to get me versus Anderson as a first card on the ESPN show. So, he said he’s going to talk to Anderson because he liked my idea as well.”

But there were a few obstacles along the way. Initially, “The Spider” didn’t want to fight Israel Adesanya. The Nigerian-born New Zealander was in works for Jacare Souza clash. Yet, Silva changed his mind.

“Initially, Anderson said no and I was kind of like ‘F*ck. I mean it’s kind of good I don’t have to like kill my hero,’” said Adesanya. “Then we got a new opponent, [Ronaldo] “Jacare” [Souza- It was “Jacare” for the January ESPN show. I think it was Jan. 19. So yeah I was like ‘Cool. I’ll skip my Europe trip, go to a wedding, come back, probably skip Christmas and just get everything done so I can smash this guy.’ And, yeah, that was set. I thought it was ready.

“Then yesterday I get the call from my trainer saying “Jacare” needs more time to prepare and I can understand because he just fought like hard battle [at UFC 230]. Mine was easy. You know I cleaned Brunson easily but his battle [against Chris Weidman] was back-and-forth, so he would have taken some knocks and injuries. So he said he has to recover first and get better. Then my coach just said Anderson came back and said yes. So, in my head I was like ‘I wonder why. I wonder what actually changed his mind. Who got in his ear?’”

Older fans of UFC remember the match between Anderson Silva and Yushin Okami at UFC 134, on August 27, 2011. “The Spider” stopped “The Thunder” via TKO in the second round to defend the UFC Middleweight title.

After the fight, Anderson stated that his clone was the only person who could challenge him inside the Octagon. Yet, Israel Adesanya believes he is an improved version of Silva’s clone!

“I’m a guy that started off modeling my style after his because he’s a skinny black guy like me and I looked up to him,” said Adesanya “So, I was like ‘If you want to fight your clone, you can fight me. But I’m better than your clone because I’ve studied every single thing you’ve done and every f*cking move you made.’ I know when he’s going to chill, I know one he’s going to attack, I know when he’s offensive, I know when he wants to blitz. I’d feel it.

“I know this man better than he knows himself. I know some things about him that he doesn’t even know about himself because I’m on the outside looking in. But I’m glad he took the fight and I’m glad it’s on. And it’s [UFC] 234. Perfect synchronicity, 2-3-4. Melbourne, my favorite city in Australia. So now I’m ready. This is all mine for the taking.”

Anderson Silva is known for many records. He is the former eleven-time UFC Middleweight champion, whose title reign lasted 2,457 days! But in last six matches, the Brazilian earned the score of 1 win, 1 no contest, and 4 losses. Israel Adesanya is highly aware of Silva’s qualities.

“He’s still Anderson Silva,” said Adesanya. “Whether you like it or not, he just smashed- well Bisping won the fight on paper but I had Anderson edging it out. You could have stop the fight in the third [round] after that flying knee dropped [Bisping]. So he’s still a guy that’s dangerous, he’s still the guy that f*cking front kicked Vitor Belfort in his face, he’s still crafty and he’s a guy that among everyone else can probably play with me better than most people because we’re cut from the same cloth, the cloth of greatness. Like the way we move is different from the rest. So yeah, he’ll be a guy that understands how we move differently. So, don’t ever sleep on him. He’s ‘The Spider.’

The New Zealander looks more than clear about his intentions. He wants to bash the Brazilian!

“I know I’m going beat him and I have to beat him. But, I’m not overestimating him and I’m not underestimating him. I just have to go in and do my job. I’ve said it, just because I’m a fan doesn’t mean you can’t catch these hands. Just because I’m a fan doesn’t mean I won’t put it on him. I’m not going to be like [Georges St-Pierre] when he first faced Matt Hughes. You know GSP was looking down and he admitted he was scared and he wasn’t worthy of being in there. That’s how he felt. This is not that. This is not that story. I’m coming in there to kill him, I’m coming in to destroy him.”

But this fight also has a personal meaning for Israel Adesanya! He confessed that this match meant to him more than anything in the world. Adesanya offered a great comparison too.

“This means more to me than the f*cking world title,” said Adesanya. “I’m getting choked up even right now even thinking about it. Like honestly, this f*cking means the world to me. UFC 90 was the first time I watched this guy fight live. Before that I was watching him on DVDs f*cking murking dudes. This is like LeBron James getting to face Michael Jordan.

“So this means more to me than any f*cking shiny belt. Like, I can kill this guy and then I can be like ‘I’ve done what I came here to do. I’m done.’ But, I’m not done. After this, I’ll go on to do other things. Yeah, the belt comes with it. But I’ll carry on the legacy of the other avatars in this game.”

What are your thoughts on this? Can Israel Adesanya put Anderson Silva to sleep? Both fighters are outstanding strikers with world-class kicks!