If you thought MMA judging is nutty, check out this scorecard from KSW 17

Judges should never be accountable for their actions. They represent a tangible punishment at the end of a bout that can be expressed through judging a fight with totally incompetent means. If fighters don’t finish their fight, they should suffer the consequences. Cecil Peoples is a pioneer of this ideology. He’s correct in his assessment that ‘leg kicks don’t win fights.’ Let’s face it, when’s the last time you’ve seen a bout conclude due to leg kicks? Let the judges do their jobs by being as ignorant as humanly possible and in turn, fighters will know never to let a fight go to the judges. The sarcasm button on my keyboard is broken, so instead I’ve provided this picture of Lady Gaga in a hat.

This morning I received an email with a judge’s score card from KSW 17. As you’ve probably heard by now, KSW has now ruled the bout between James Thompson and Mariusz Pudzianowski as a No Contest. Makes complete sense being that the judges were more interested in giving shout-outs on the scorecards than judging the actual bout. 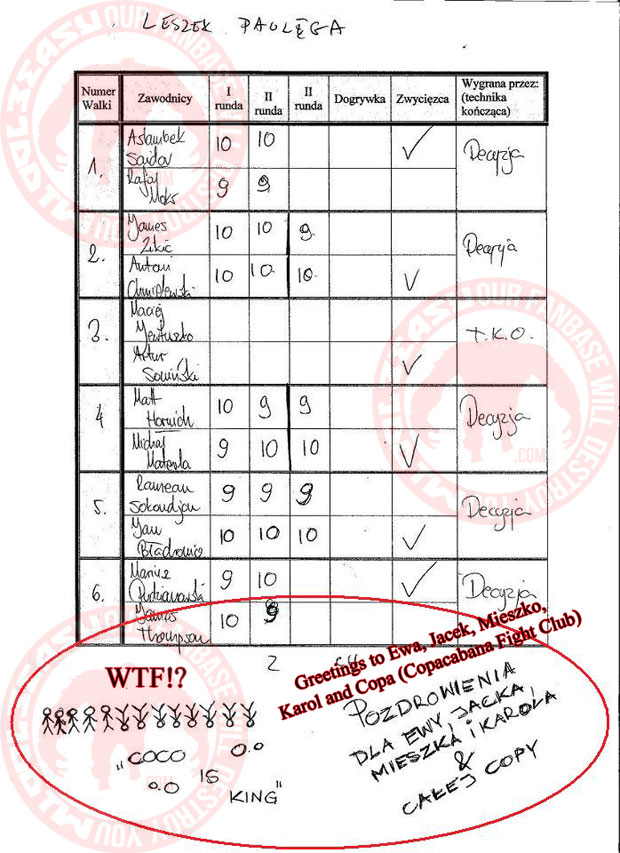