If They Were Hot Chicks – UFC 101 Edition

I have to admit, creating this gallery made me question whether or not I truly need psychological help. On MiddleEasy, the most discussed topic just behind MMA are extraordinarily hot chicks that we tend to obsess over. So why not combine the two? Our favorite MMA stars that we idolize on the bodies of ridunkulously hot chicks that we fantasize about. It seemed like a great idea at the time, sort of a ‘kill two birds in one stone’ approach. The results would make even Mary Shelly blush. So here it is, the debut series of ‘If They Were Hot Chicks’ starting with UFC 101 – Declaration. We’re big fans of MMA and these galleries are by no means meant to degrade or belittle the fighters or the organizations they are signed to in any way. We just truly wanted to see what they would look like if they were hot chicks. If for some insane, twisted, perverted, incoherent, disgusting, nonsensical reason you would like a full sized version of one of these pictures uncensored, shoot over an email and let me know who you are.

Click on an image to enlarge it (a note from Captain Obvious). 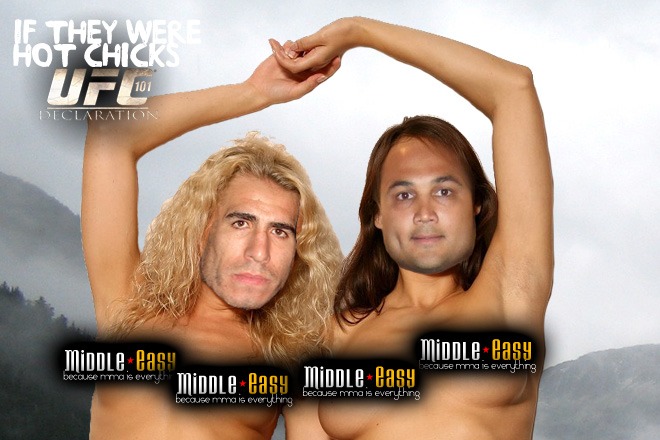 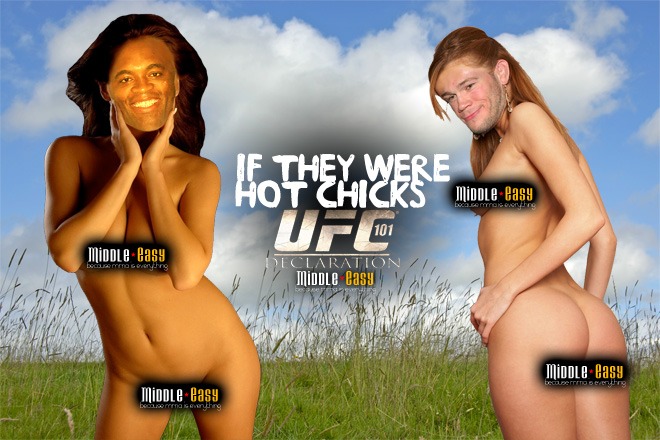