If Chuck Liddell loses at UFC 115, he will retire from MMA 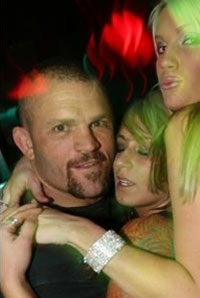 Chuck needs to win at UFC 115. Otherwise, the entire MMA world will accuse him of ducking Shaquille O’Neal. I hope Chuck Liddell never retires. Maybe I should say, I hope Chuck Liddell never retires and means it. I could see The Iceman fight once a week for the rest of my life and never get tired of the dude’s mohawk. Dude looks like he was an extra in Gummo. I would like to see the guy that takes a look at Chuck Liddel on the street and says ‘Yeah, I can take that guy’. Actually, I would like to see that guy after he says ‘Yeah, I can take that guy’. It would be the best before/after pic this year, maybe even better than the before picture of my thumb and the one after EA Sports MMA drops. The dude is everything my mother told me not to be in elementary school which is probably why my childhood consisted of khaki pants and Choose your own adventure books.

Fighters Only Magazine broke the news that Dana White and Chuck Liddell agreed that if he loses this Saturday against Rich Franklin, he will retire from MMA.

“He and I sat down and talked and I will tell you what, he has kept his word. He has been phenomenal shape since the beginning of The Ultimate Fighter and it will be interesting to see how he does. Because Rick Franklin is tough, he is no joke. He had that war with Dan Henderson that many people believe he won, he had the war with Wanderlei Silva – he has fought all the best in the world.”

The dude is and has always been the face of UFC (sorry Rich Franklin). Also, If they ever did another Mortal Kombat movie and chose not to cast Chuck Liddell as Sub-Zero, I think we all need to get out in the streets and protest, Iran style. [Source] 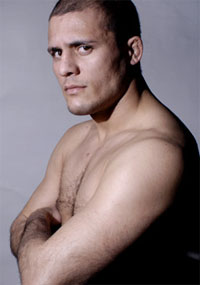 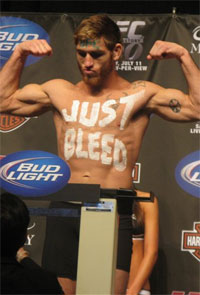 Tom Lawlor is training in Cuba and he's being hustled for soap
Read Next Post →
Click here to cancel reply.