Henry Cejudo: Fight With Alexander Volkanovski Would ‘Cement Me As The GOAT,’ Volkanovski Responds

Henry Cejudo Continues To Call For Fight With Alexander Volkanovski, Who Responded To His Callout 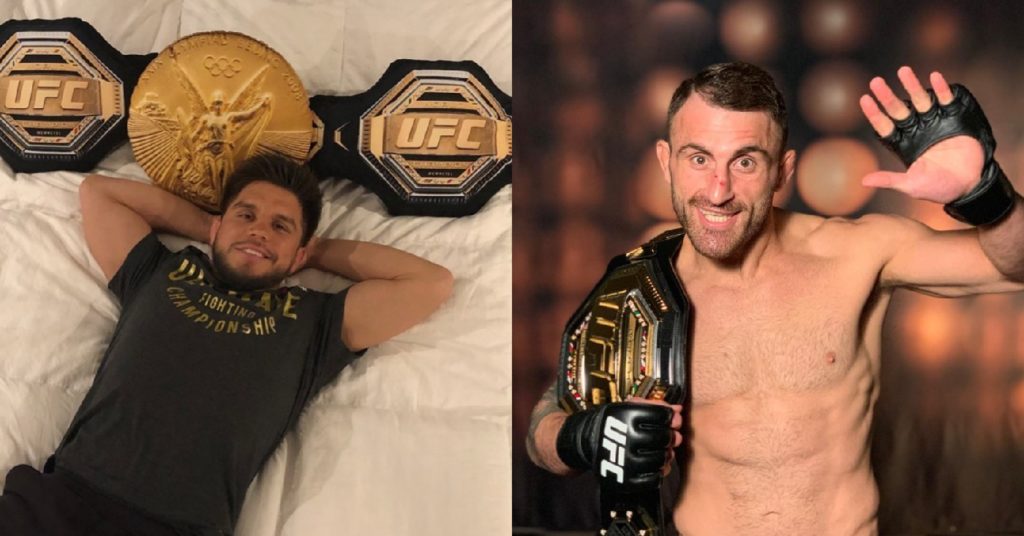 Since his retirement From has MMA, Henry Cejudo has been doing his best to fight Alexander Volkanovski. Now he calls out the featherweight champ, who decided to respond.

Former champ-champ Cejudo made it clear that he wanted to do something no one had ever done. He was looking for the opportunity to be the first person to win a title in three different weight classes, and called out featherweight champ Alexander Volkanovski, in order to do so. When that did not come together, he chose to retire from the UFC, relinquishing his titles along the way.

This desire from Henry Cejudo, to secure a fight with Alexander Volkanovski, has not slowed, despite apparently no interest being shown by the UFC to make the fight. Taking to his social media, he called out Volkanovski again. This time however, he explained that winning this fight makes him the undisputed GOAT.

“This is the only fight that matters to my legacy and would cement me as the goat of my sport! Who wants to see me make @alexvolkanovski bend the knee!? Triple C 🖊”

This prompted a response from Volkanovski, who was largely dismissive of Cejudo. He took to his Twitter to remind the Olympic gold medalist that he is retired, and should stop calling for fights.

“Get back down your rabbit hole, you’re retired 🤫”

Get back down your rabbit hole, you’re retired 🤫 https://t.co/bDPEoMnobM

There is certainly something to the idea that if Henry Cejudo can do what nobody else has ever done, by becoming the first triple champ, he becomes the undisputed GOAT. On the other hand, his case is hurt by the losses on his record and lack on consecutive title defenses, which are not issues for the other contenders for that title. At the end of the day, it seems like this fight will not happen either way.

Robert Whittaker and Darren Till Face Off In Beachside Octagon Before UFC on ESPN 14 Main Event
Read Next Post →
Click here to cancel reply.