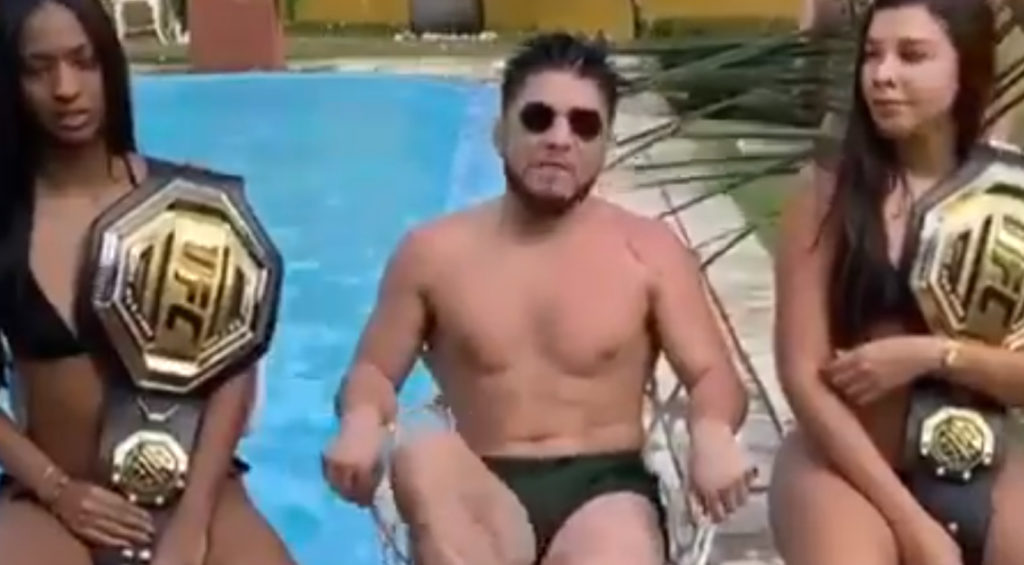 Many fight fans believed it was Aldo who won; however, on the scorecard, two judges gave node to Moraes. Cejudo also said the same that ‘Scarface’ actually won the bout, and in a recent video call out Aldo for a fight. Despite the loss, UFC head honcho Dana White also seems interested in Aldo vs. Cejudo.

Here is what Henry said:

It feels good to have good hair. So I call my return I really think i want to fight Dominique Cruz but i thought about it and he’s too brittle. If i was to tell Dominique Cruz to bend the knee, he pop his damn neck out. But actually i am not here to talk about Dominique, i am here to talk about Jose Aldo. I wanna give him a clap and his last performance because a lot of people thought he won. I wanna congratulate him because now he part of Henry Cejudo sweepstakes. But it’s under my term, i wanna fight him in my city Rio Di Janeiro daddy is coming home. Dana White lets sign that contract and ahh one last thing your movie sucks.

This is a public service announcement from Triple C to the self proclaim “King of Rio”. @josealdojunior @danawhite @ufc pic.twitter.com/bkrLUcgyC0

Cejudo last fought back in June, where he defeated Marlon Moraes at UFC 238 to win the vacant bantamweight title. Shortly after, he underwent undergoing shoulder surgery.

How many of you want to see Cejudo take on Jose Aldo upon his return?