I can see Anderson Silva riding off into the sunset of his MMA career and mingling amongst the European ultra-elite and their ridiculously fast automobiles. Come to think of it, that’s a dumb word. Automobile denotes that there could be something called a ‘Manualmobile’, which in essence would be a pair of shoes. My Pumas are manualmobiles, deal with it Ford. I have an infinite amount of gas in my kicks. Too bad they absolutely pale in comparison to one of these Brabus supercars. It’s one of those cars that you would need a trust-fund to afford, or perhaps just a mean right-jab to drive.

When one of European Car Magazine‘s drivers couldn’t test drive this piece of overly-lavish machinery, a call went in to Anderson Silva and he arrived rocking a mean horizontal sweater vest.

Just finished driving a pair of Mercedes SLS coupes, one of which was fitted with a bunch of Brabus bits. We were short a driver so James Hickerson, our long-time test engineer, made a call to Anderson Silva’s camp and the UFC champion met us in the serpentine canyons of San Bernardino County.

A genuine down-to-earth guy, Silva manned one of the muscled Mercs and drove for several hours while we snapped both action and still photography.

Let’s hope Anderson Silva keeps up with this trend of standing next to vehicles that have a waiting list just to own. [Source] 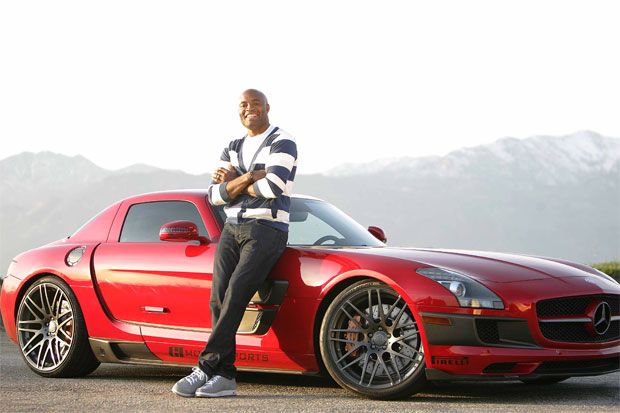 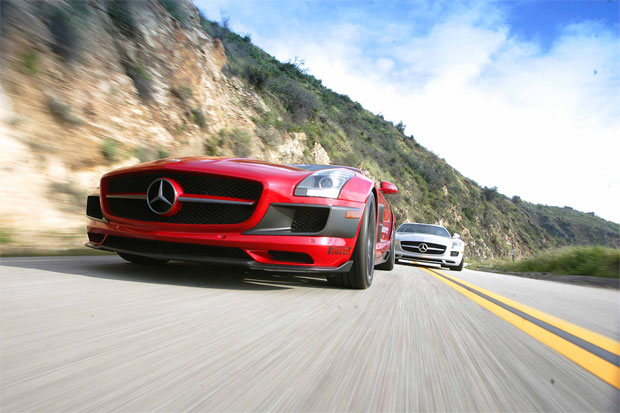 Pablo Popovitch will kill you on the mat, and then perform an acoustic set at your funeral
Read Next Post →
Click here to cancel reply.