McGregor faces Poirier in a rematch in the UFC 257 headliner which takes place January 23 in Yas Island, Abu Dhabi. 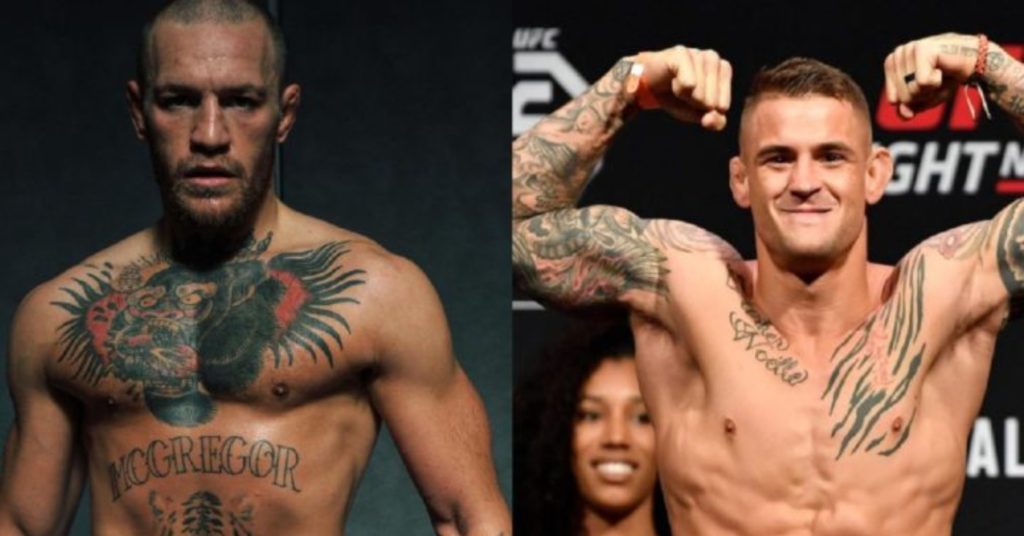 We are just over a week away from witnessing the return of Conor McGregor as he takes on Dustin Poirier in the UFC 257 headliner on January 23.

It will be a rematch of their featherweight encounter from 2014 that saw McGregor comfortably come out on top with a first-round knockout.

This time, however, it will be contested at lightweight, and both fighters — particularly Poirier — have improved significantly since their first meeting.

As for how they think the rematch will go? McGregor is expecting to finish things in less than a minute while Poirier is hoping for an all-out war.

But what do other fighters think? Submission Radio asked a few big names on their predictions for the big rematch.

“Dustin Poirier has improved a lot but whenever Conor McGregor steps out there, he has this way with people of getting into their heads and making this fight so hyped. … He’s got a way with people, words, his demeanor, not just his fighting style and that gets to people. You see it every time. The only person I didn’t see it get to was Nate Diaz but that guy don’t care two craps what you think.

“I think Conor can definitely get it done this time. Dustin Poirier has made some improvements but the thing is, even though we haven’t seen Conor McGregor fight in a while, the guy is a lifelong martial artist, the guy is training constantly. So you know he’s improved as well. So at this point, I think Conor McGregor takes it home again.”

“He’s [Poirier] a far different fighter than the first time they matched and I feel he’s far more durable at lightweight than he is at featherweight. He’s one of the most durable guys I’ve ever fought. I hit him with some pretty hard shots and he just continued to push his incredible pace.

“Which matches up well, Conor has his moments early on and kind of has a little dip and then it comes back. So it’s whether Dustin can time his push where he just puts the pedal to the meddle and starts really pushing the fight at that perfect time when Conor’s energy systems kind of dip. If he can PUSH the accelerator there, he might be able to have some success.”

“People forget how good he [McGregor] is. I really believe Conor and maybe Adesanya are the two greatest strikers in MMA. I do believe Poirier is a better fighter than he was when they last fought but I still believe Conor’s position, striking is going to be hard for Poirier to handle. But you never know if Poirier is going to have a gameplan of pressure and wrestling and use that recipe of getting Conor tired. But I’m going to give my prediction to Conor. I believe he’ll be able to finish the fight with strikes.”

“I think Dustin’s more competitive but I think at the same time, you probably still lean towards McGregor. The other thing, hopefully, is that Dustin fought on tilt that first fight so hopefully he learned his lesson from that.”

“Conor has a long break so nobody knows how he’s going to look right now. For me, it’s 50-50. But I think Conor is really strong mentally in any way he’s going to win this fight. But I don’t know how, I think it’s going to be a decision. Because he’s not fought for a long time.”

“All I got to say, guys, is make sure you guys got the Kleenex ready at the press conference because you know Dustin Soyrier is going to break down on the mic. He’s going to cry to the world, get everybody to feel sympathy and bad for him. He’s going to get sparked again in the first round because he’s completely washed up and has no chin anymore and no heart. It’s not going to be competitive. I think Conor is just going to spark him first round.”

You can see the full video with more predictions below: