Fedor wants to fight Brett Rogers instead of Belfort

This story comes from the ‘Oh no he didnt!’ department (which is located next to the ‘Dude, WTF!’ depot). After all the entertaining chaos that has been going down with the Affliction 3 card, Fedor held a press conference today and his management made it abundantly clear that they would much rather prefer Fedor fight Brett Rogers than Vitor Belfort! They think it would be more of an entertaining fight and it’s what the fans want. Fedor’s hypeman said:

“Everyone in the world now wants to see the fight of Fedor, not Barnett,” Finkelchtein said (via M-1Global.com). “People want to see Fedor fight. Belfort can make heavyweight, but the fans don’t want this fight. Fedor isn’t seeking an easy fight. If logistics weren’t an issue, we’d like to see Fedor fight against Brett Rogers. Fans want it, (and) so do we.”

The title is somewhat misleading, it’s actually Fedor’s management who wants this fight. Fedor is down to fight anyone as he stated at the press conference:

“I feel disappointed about this situation,” he said. “But I will fight anyone who Affliction puts in front of me. I know a lot of fans waited for this fight to happen, and I am sorry for them. I can’t do much about it now, but I am in good shape. My training has been good and continues to go well.”

I think everyone is in agreement that this is the best week in MMA action ever (and no one even fought yet!). Keep MiddleEasy.com on refresh mode, anything could happen. [Source] 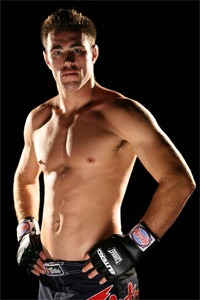