Dominick Cruz says he also had a broken hand, but it was no biggie

I apologize for not writing a WEC 47 wrap-up article. Truth is, I fell asleep on my sofa last night, had a dream about writing a WEC 47 article, woke up with the assurance that I had written a WEC 47 article and then checked the site only to realize that I was scammed in the dreamworld. It was a little less dramatic than your occasional ‘I just killed someone! Oh, that was just a dream’ dream, but it still operates on the same principle.

If you dropped any money on the favorites last night, then your MMA betting days are probably over. Every favored fighter on the main card for WEC 47 lost except Javier Vazquez. That’s astonishing for bookies everywhere who are probably booking vacations to Sardinia with the amount of money they made last night. In short, Jens Pulver got on the mic with tears in his eyes and pretty much said he’s done with MMA, Benavidez turned Torres into a bloody mess and Brian Bowles had to quit after the second round when doctors said he could not continue from a broken hand he sustained in the fight. Dominick Cruz became the WEC Bantamweight Champion and in this interview with Sherdog, Cruz said he had broken appendages too but he could have easily gone 3 more rounds. [Source] 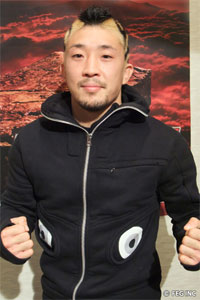