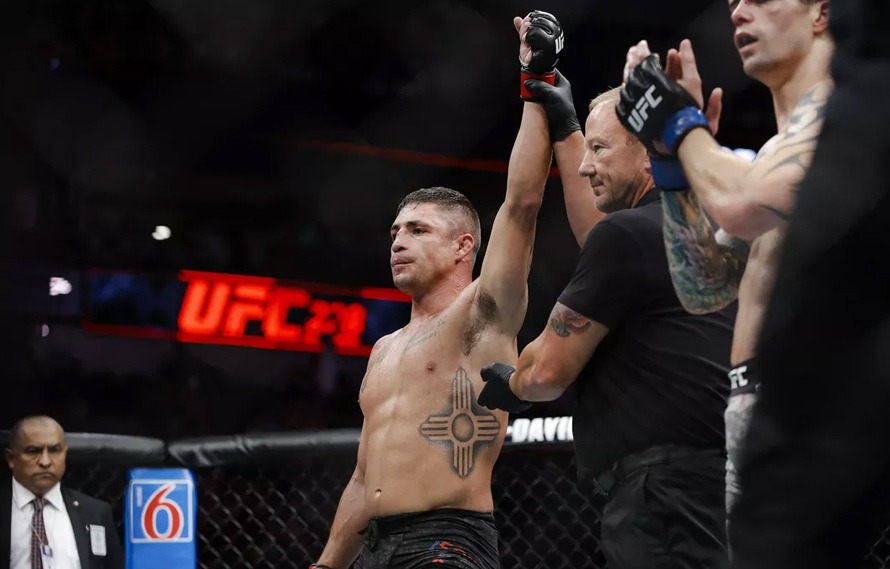 A welterweight bout where former UFC lightweight title challenger Diego Sanchez faced Craig White in the preliminary card of UFC 228 which went down tonight from inside America Airlines Center in Dallas, Texas.

Sanchez won The Ultimate Fighter (TUF) 1 back in 2005 entered into this contest on the heels of a two-fight losing skid.

‘The Nightmare’ used his signature move where he delivered a relentless ground and pound game from early on caused all sort of problems for white.

By the second stanza, Sanchez continues working with the top position by using his ground strikes. White also landed a substantial up-kick, but that didn’t faze Sanchez.

In the final frame, with White dropped the Sanchez but ‘The Nightmare’ recovered quickly and put White on his back. Then Sanchez landed a plethora of massive strikes from the top. White continues to scramble and try to survive until the final horn. Sanchez won via unanimous decision, on across-the-board scores of 30-27.

Dallas is BRINGING IT from the start! #UFC228 pic.twitter.com/GWCckSclmJ