Diego Sanchez vs. Austin Trout Added to KnuckleMania 3 In February

BKFC made the official announcement on Instagram with the caption:

Sanchez vs Trout is joining the KnuckleMania 3 fight card headlined by Lorenzo Hunt vs Mike Richman. Hunt has been dominated in BKFC, with seven consecutive wins, including six wins inside the distance. Meanwhile, Richman made his promotional debut in April 2021 and won all four of his fights inside the distance. It’ll be intriguing to see what happens when these 185-pounders toe the line.

Diego Sanchez parted ways with the UFC after losing against Jake Matthews in September 2020. The Ultimate Fighter Season 1 champion took some time off and signed with Eagle Fighting Championship, losing his promotional debut against Kevin Lee in March 2022.

Eagle FC is now postponing its U.S. operations, leaving Sanchez without a plan to stay active. The 41-year-old signed with BKFC last year and now has his bare-knuckle debut set. He responded to the official announcement on Instagram by saying:

“Been waiting along time”

Austin Trout also signed with BKFC last year. The 37-year-old is a former WBC world champion who is still actively boxing. He won both of his professional boxing fights in 2022, and he’s looking to carry that momentum into his bare-knuckle debut. He commented on the same Instagram post announcing his fight against Sanchez:

It’s difficult not to be pessimistic about this matchup. Sanchez had his moments against Lee, but he is well past his prime. On the contrary, Trout is still boxing at a high level and winning fights. To be fair, every fighter reacts differently to bare-knuckle fighting, regardless of their background. With that said, the former UFC lightweight title challenger could be signing up for a brutal knockout at the expense of BKFC’s new potential superstar. 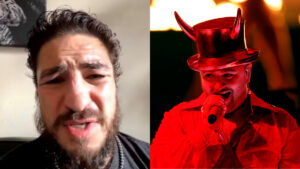 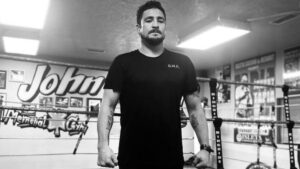 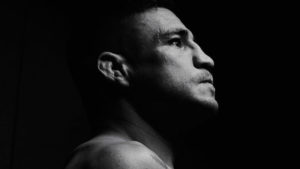 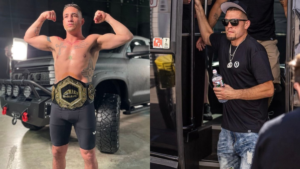 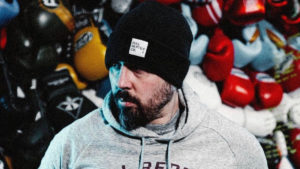