After getting knocked out by a knee while grounded, Demetrious Johnson still supports ONE's ruleset and discusses his next moves

In ONE Championship’s debut on TNT, Demetrious Johnson got knocked out by a knee while he was on the ground. Despite this he has not walked back his support over this different ruleset in the Singapore-based promotion.

When Johnson was competing in the UFC, he was doing so under a different ruleset than the one he currently deals with. In the unified rules of MMA that the UFC uses, knees to a grounded opponent are against the rules (even if the definition of grounded changes from state to state).

However upon being traded to ONE, DJ was now able to throw knees from any position, a rule that he has vocally supported for years, especially after Aljamain Sterling won the title through such a disqualifying foul. This served him well in his promotional debut, when he used this to assist in scoring his submission victory over Yuya Wakamatsu.

Heres the thing you cant stall the fight by sitting on your knees. Knees to a grounded opponent should be allowed!

You live by the sword, you die by the sword as they say, and that was the case with Demetrious Johnson. Last night he competed in ONE’s first ever event on TNT, looking to capture the flyweight title.

After getting rocked on the feet, DJ got blasted with a knee on the ground, leading to the TKO loss and his first time being finished. That said, as he explained in the post-fight press conference, he is still in support of the ruleset that ONE has, even if it cost him in this fight.

“I like these rules. Like I said, it’s a progression of a fight. I went down on my back, I was coming up for an underhook, Adriano had me posted and he blasted a knee, the fights over, it’s done, I don’t get anymore concussions, it’s just done,” Johnson said (h/t MMAFighting).

“It was a different position than I’ve been in. Adriano did a good job of using his length. He fully extended me and landed the knee…

“Yeah absolutely (I still support the rule). Like I said, it ended the fight. I wasn’t stalling one bit. I was trying to get up and fight and I got blasted with a knee,” Johnson continued.

My very first fight in ONE Championship I did it to Yuya Wakamatsu and ended up getting the finish. The rule is meant to be there to keep the fight progressing and end the fight. If Adriano wasn’t able to land that knee, yes I would have still been in that fight so he would have had to do something totally different.

“I’m totally content with what happened. I’m not like, ‘That rule should be taken out!’ That’s what the rule is, Adriano used it to his advantage and I was on the other end of the stick.”

After this setback, fans are wondering what could be next for Demetrious Johnson. He has a lot of options in front of him, with ONE being more open to their fighters doing things like kickboxing.

In fact, this might be something that DJ does moving forward. He says that this was part of the appeal for him fighting for the promotion, and that he is contemplating giving that a try soon.

“At the end of the day, one of the reasons that I came to ONE Championship is that I have options. If I want to do a kickboxing match, I can do that,” Johnson said.

“Obviously yes, I can go back into mixed martial arts and work my way back up to a title shot, but I’m just gonna go home and just chill and relax and (figure out) what I want to do next…

“Maybe I try kickboxing and I go out there and get the bricks blown off me but at the end of the day, it’s about trying and exploring,” Johnson added.

“You get one career. You get one career and I want to make the best of it and to be able to say I’ve done a professional kickboxing under ONE Championship would be dope. So I’m gonna go home, relax, let my body heal, and go from there.”

It is good to see Demetrious Johnson keeping a positive mindset in the wake of his first ever TKO loss. Then again, considering who he is as a person it is not all that surprising to see. 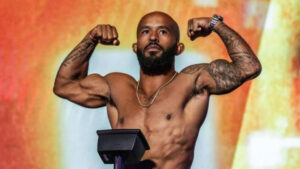 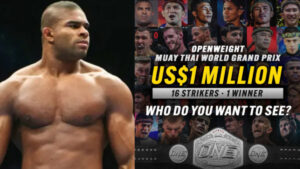 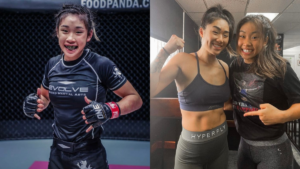 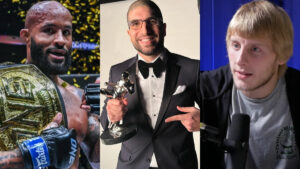 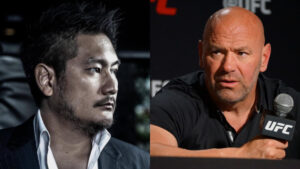