Dana White plans to sell out Cowboys Stadium this year

If you’re not familiar with the Cowboys Stadium that awkwardly sits in the middle of Arlington, Texas, then just know that it’s host to the world’s largest HDTV. If you wanted to sneak in your Xbox and rock some Halo 3 then you’re too late, someone already beat you to it. The stadium can accommodate a mind-numbing 80,000 occupants and Dana White wants to sell out each and every one of those seats. In an interview with The Dallas Morning News, White says that he intends to sell out the Cowboys Stadium and he expects to do it this year.

“We’re definitely, 100 percent going to Cowboys Stadium, no doubt about it. We just have to figure out what fight we’ll take there. I want to sell it out [and] if we price the tickets right, it should. With our sport, people will fly in from all over the world.”

Here Dana, I’ll help you out bud since you’ve given me a reason to live for the last six years. Cain Velasquez vs. the winner of Lesnar/Carwin. Throw James Toney vs. Kimbo Slice since that would be the biggest fight in the history of MMA (come on guys, you know it would be) and to wrap-up everything put on a grudge match between Bill O’Reilly and Keith Olbermann to get all those right-wing conservatives to salivate. Done, Joe Silva can have his job back now. [Source] 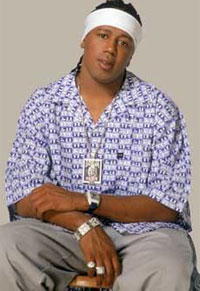 Everyone relax, Master P has now entered the world of MMA
← Read Last Post
Shane Carwin made his list of the top MMA websites and look who made #1...
Read Next Post →
Click here to cancel reply.