Dana White: MMA Media Was ‘Doing Everything Possible To Stop Our Events’ 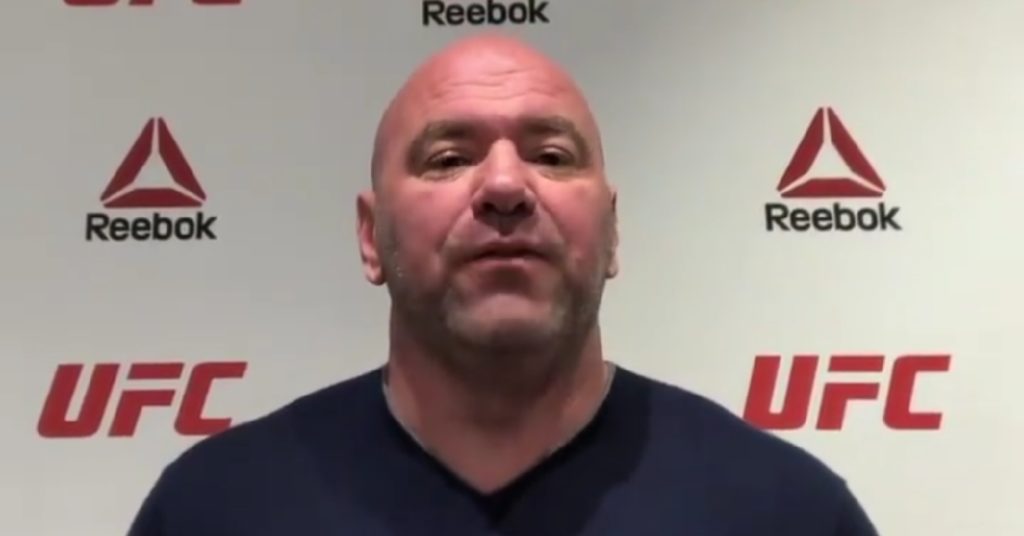 The UFC has been the only major sports organization to successfully hold events during this global health crisis. However Dana White believes that if the media had it their way, this would not have happened.

The relationship between White and the media has always been contentious at best. However the last few months have seen a real spike from the UFC President, with him wanting to keep procedures and protocols secret during this time of uncertainty. This only escalated after the UFC was asked to stand down from hosting events for a period, as Dana seemed to think this was the fault of the media. Even the original promo for the upcoming Fight Island events painted that picture.

It seems that Dana White is still convinced that the MMA media is against him. Speaking recently in an interview, he doubled down on these sentiments. In fact, he says that the MMA media did everything they could to stop the UFC from holding events.

“It’s not that I ever felt that there was too much heat,” White said. “It was just incredible, the amounts of people that tried to stop it from happening. Literally mixed martial reporters, people who cover this sport, who get paid to cover this sport, were doing everything in their power to try and stop our events. Obviously they were not successful, and we have been very successful throughout this thing.”

While White has a point about the MMA media being critical of the way the promotion was seemingly recklessly trying to hold events, it is unfair to say that anybody wanted to prevent fights from happening. There were only concerns when there was no transparency, and most people were actually satisfied with the precautions being put in place. It would simply be more accurate to levy that media members wanted to stop fights from happening in an unsafe manner.

What are your thoughts on these recent comments from Dana White?