Luke Rockhold is pissed. We’re not sure what Rockhold is pissed about but the former UFC middleweight champion is burning all his bridges with the company he works for. This isn’t anyhting new as it seems over the last few months more and more UFC fighters are complaining about fighting for the UFC.

Rockhold’s beef dates back to the 185 pound backlog caused by champion Michael Bisping and his fight selection. Rockhold made an appearance on the MMA Hour last week to talk shit on the UFC and over the weekend prior to UFC 211, UFC President Dana White fired back.

Dana White is sick of hearing Luke Rockhold talking "s***" and had a stern message for the former UFC middleweight champ. pic.twitter.com/PqXwjqTlC7

In response to White, Rockhold unleashed a verbal head kick on his employer and showed he has no fear of the checks his mouth now has to cash. Is Dana White and the UFC slowly losing control of their stable of fighters? 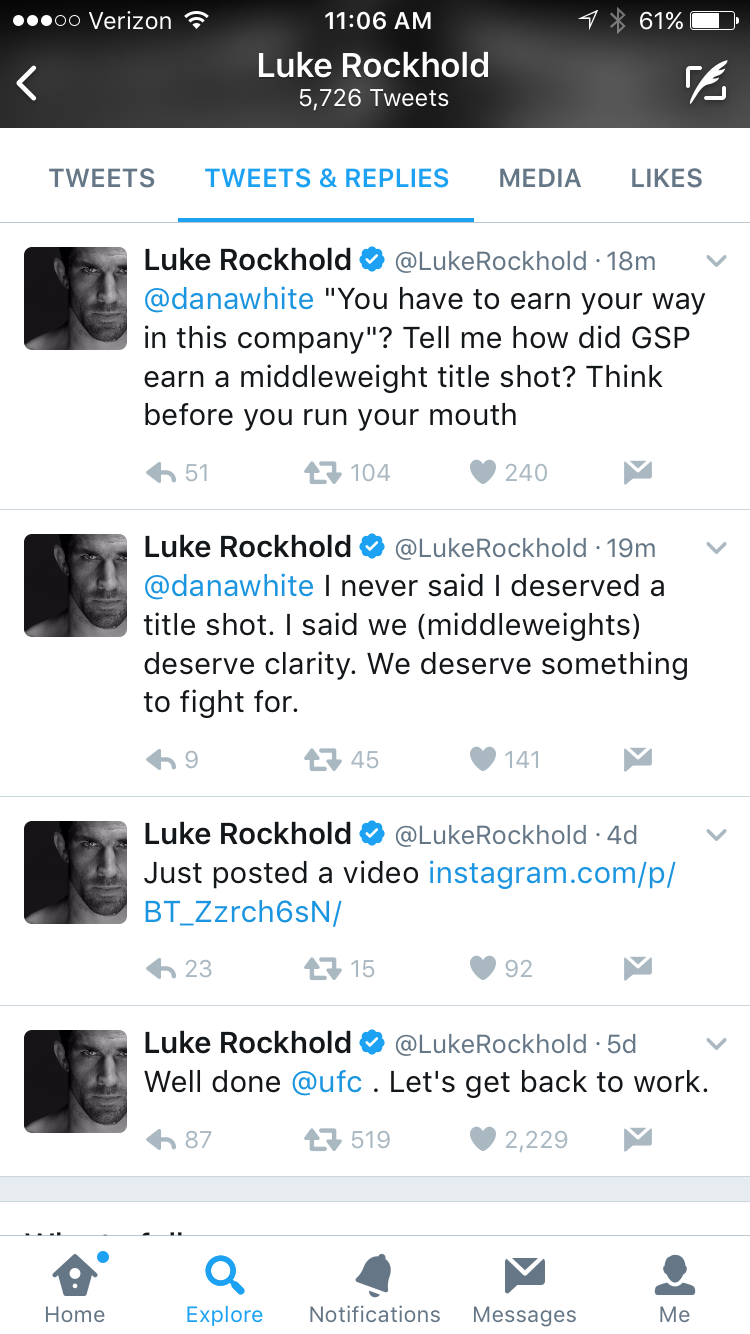 Video: UFC’s Kevin Lee is at war with TMZ over Conor McGregor is weak for having a baby quote
← Read Last Post