Winning the tournament unlocked a bounty of riches for the mythological fighter we can only now refer to as Fully Blinged Out 2017 Cro Cop. Gold was wrapped around his waist and a fortune was laid at his feet as a harem of women was there to wait on his every need. With all the swag he got after this win, it was like he was some sort of super high level RPG game character that just completed an epic dungeon run. 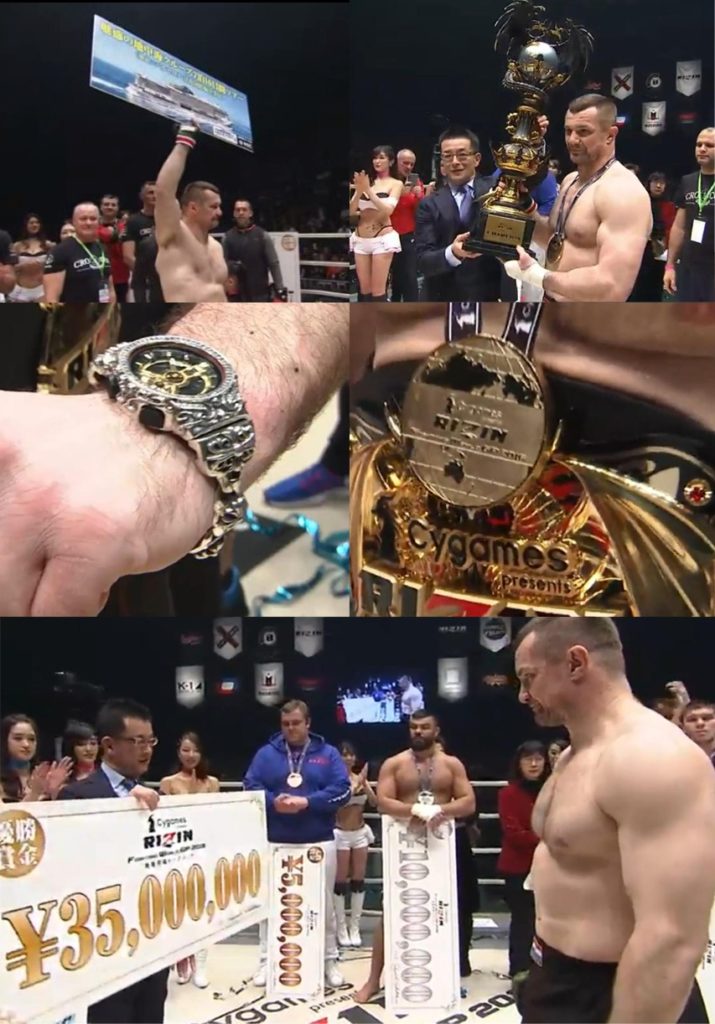 To reward your valor, the warlock Nobuhiko Takada made you 5 years younger.

SEEK YOUR NEXT QUEST.

Pic: The Real Fight of UFC 207 Was Hannibal Buress Trying to get Paid out on his Bet
Read Next Post →
Click here to cancel reply.