Lewis delivered an emphatic uppercut knockout on Blaydes in the second round of their UFC Vegas 19 headliner. 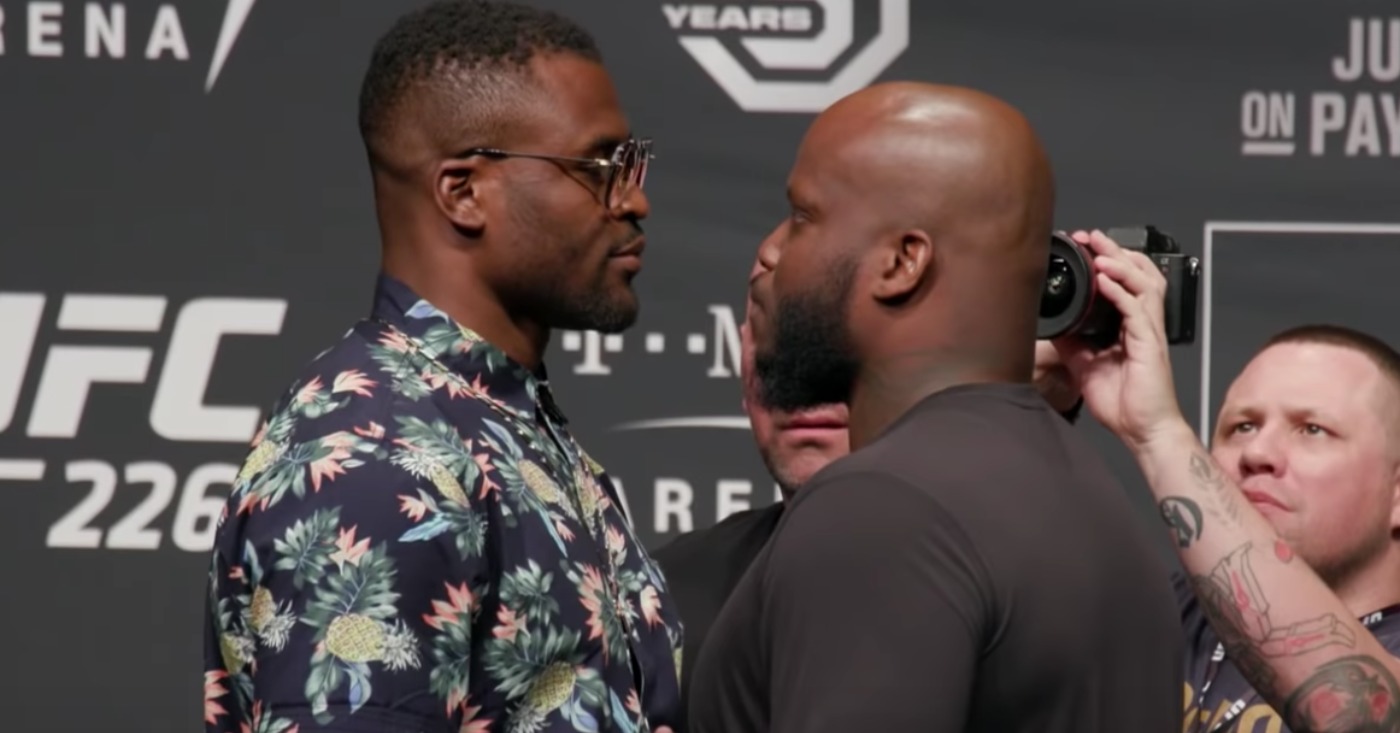 Daniel Cormier believes Derrick Lewis has the power to match anyone in the heavyweight division — even Francis Ngannou.

Lewis is coming off a devastating knockout win over Curtis Blaydes in the UFC Vegas 19 headliner this past weekend.

It was another showcase of the power “The Black Beast” possessed as he became the leader of the most knockout wins in UFC heavyweight history with 12 in the process.

And as far as Cormier was concerned, Lewis boasts the most power in the UFC.

“The Black Beast!!!!!! @Thebeast_ufc has the most power ever”

The Black Beast!!!!!! @Thebeast_ufc has the most power ever

Of course, that led some to respond to Cormier by stating that Ngannou possessed the most power in the UFC.

There’s certainly an argument for that given what we’ve seen of his power, but Cormier believes Lewis has as much power as Ngannou, if not more.

He went on to reference Ngannou’s forgettable fight with Lewis back at UFC 226 in July 2018 which resulted in the latter winning a unanimous decision.

“Everyone started going Francis, Francis, Francis. People — there is a reason Francis Ngannou was so tentative in the fight against Derrick Lewis,” Cormier said on his show with Ariel Helwani. “It’s the only time he’s ever fought like that. Francis just bullrushes everybody from Stipe Miocic to Alistair Overeem. Almost a blatant disregard for them and their power.

“He stood and took pictures with Derrick Lewis because of the power coming back in his direction. So let’s not go acting as if Derrick Lewis doesn’t have power to match anyone in the heavyweight division, even Francis Ngannou. And when you talk about knockouts, nobody has more than Derrick so how do you say that another guy has more power than him? And that’s not a knock on Francis — that’s just reality.”

When it comes to power, @dc_mma puts @Thebeast_ufc up against any heavyweight, "even Francis Ngannou.” pic.twitter.com/uvkCb9O1o1

While one could argue Ngannou was tentative for other reasons such as the fact that he was still mentally affected by his loss to Miocic, there’s no doubt that Lewis certainly has the power to match him as well.

Perhaps a rematch could be in store down the line to fully settle the case?