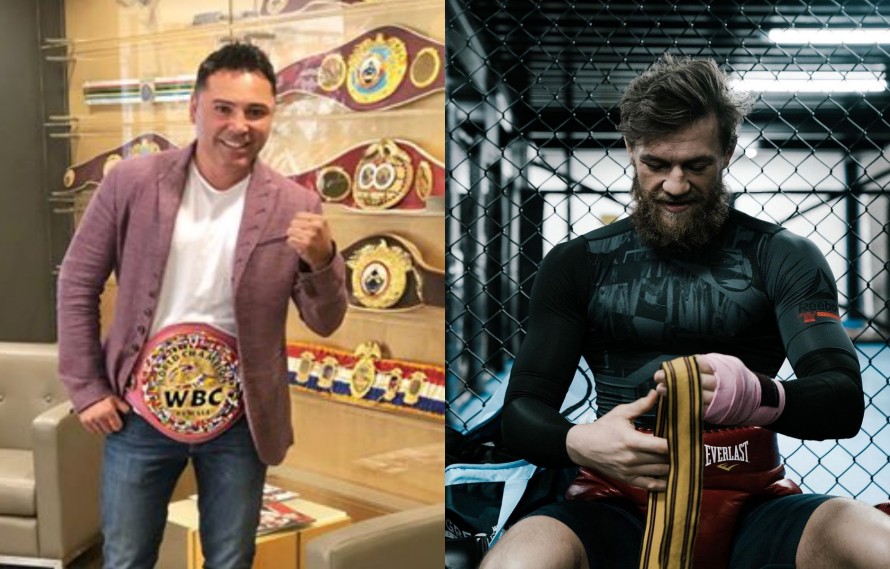 Conor McGregor recently hinted at a possible return to the boxing ring. However, former champ and current promoter Oscar De La Hoya does not think that is a smart idea.

Conor McGregor made history by being the first major person to cross over from UFC into boxing. Moreover, he jumped in with both feet, taking a bout with one of the best to ever do it, Floyd Mayweather. Although he lost the fight, he earned respect from many for being willing to put himself on the line in such a way.

Following his impressive win at UFC 246, McGregor once again began flirting with the idea of competing in the boxing ring. He discussed a rematch with Floyd, and even a fight with Manny Pacquiao. It seems that he has not given up hope for a solid run in that sport.

Someone who is not as amused by Conor McGregor is boxer-turned-promoter Oscar De La Hoya. Speaking in a recent interview, he expressed why he felt this was a bad idea.

“I think every sport should just stay in their own lane,” De La Hoya said when asked about McGregor. “I wouldn’t mind seeing a Mayweather vs Pacquiao fight again, because they’re two boxers. Just stay in your own lane. I think it’s best for every sport.”

Oscar De La Hoya is not the most popular person in combat sports, but it is hard to disagree about his take on Conor McGregor. Considering what the last few years have been like, now that he is back to competing, most people just want to see him do what he does best, which is MMA.