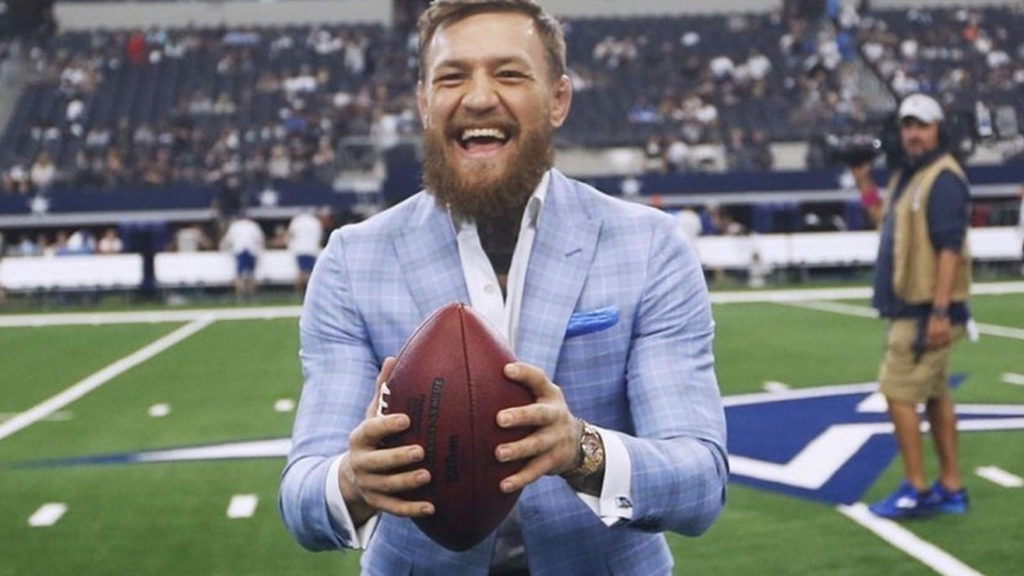 Last month former two-division champion Conor Mcgregor arrested on felony strong-armed robbery and misdemeanor criminal mischief charges after allegedly snatching a phone from fan’s hand who was trying to take a picture of Irishman outside of the Fontainebleau Miami Beach hotel.

He wasn’t arrested on the spot but later apprehended at his beach house. Irishman was bailed out after paying off $12,500 on the same day.

According to USA TODAY Sports, prosecutor reduced Mcgregor’s two felony charges into one, converting them into a misdemeanor. That means his potential jail time decreased from 20 years to six if proven guilty.

The alleged victim, Ahmed Abdirzak, claimed the damaged phone valued at $1,000 which leads to a felony criminal mischief charges. Since then felony charges reduced to misdemeanor according to the court record, and now the phone value is between $200 and $1,000.

Mcgregor should appear in court for this case on April 10th. Irishman’s immigration status could be severely affected if he’s convicted. As a result, he may have a hard time entering US soil or participate in future fights.

“Like his other arrest, his biggest problem is the effect that a conviction will have on his immigration status,” Weinstein said. “A conviction for this offense qualifies as an aggravated felony. It remains a privilege to enter the U.S. and not a right. So if there is a conviction, that will allow U.S. immigration authorities to prevent him from entering the U.S. on a visitor or work visa.”

Share your thoughts do you think Mcgregor will walk away without charges next week?

Conor McGregor Leads On The List Of UFC Fighters Who Were Tested With No Flags!
← Read Last Post

Ronaldo ‘Jacare’ Souza vs. Jack Hermansson Set To Meet In The Main Header Of UFC on ESPN 3
Read Next Post →
Click here to cancel reply.