Earlier on Tuesday Conor Mcgregor abruptly announced his retirement from MMA, following that another news emerged today which is reported by NewYork Times that Irishman is under investigation for sexual assault accusations in Ireland. ‘Times’ learned of those accusations from four anonymous sources.

A woman claimed that UFC cash cow sexually assaulted her at Sandyford’s Beacon Hotel in Dec. 2018. Mcgregor is an occasional guest of this hotel, and prior to the incident, he booked a penthouse. Irish police arrested Mcgregor in January following those accusations but did not charge him, as they wanted to find more proof regarding that incident. “Notorious’ is considered innocent until proven guilty.

“This story has been circulating for some time, and it is unclear why it is being reported now,” Kessler said. “The assumption that the Conor retirement announcement today is related to this rumor is absolutely false. Should Conor fight in the future, it must be in an environment where fighters are respected for their value, their skill, their hard work, and their dedication to the sport.”

Irish times also details some more claims back in January regarding accusations:

“It is understood gardaí were initially alerted to the alleged rape when an acquaintance of the woman made a complaint. They visited the woman and spoke to her informally, and she was taken to a sexual assault treatment unit where forensic samples were taken.

The woman initially did not make a formal statement of complaint to gardaí but was co-operating with and speaking to investigators. However, she recently met gardaí and made a full statement alleging sexual assault. She also told gardaí she had been physically assaulted by the male.

After becoming aware of the allegations last month, the sportsman told gardaí, through his solicitor, that he was willing to be interviewed. However, investigators required a statement of complaint from the alleged victim before they could move forward. Once that complaint was received they contacted the man’s solicitor and asked him to attend at Dundrum Garda Station where he was arrested and questioned on Thursday.”

Many media outlets have been covering this news from many months without mentioning Mcgregor’s name as a suspect due to Irish privacy laws.

Following the incident, a woman who’s in her 20s went to police to record the matter and then later taken to the hospital.

Mcgregor is no stranger to the law as last year in April; he was convicted of throwing a metal dolly on UFC fighter’s bus.

Last week Irishman revealed he’s in negotiation with the UFC and aiming a summer return; however, those plans went sideways in favor of retirement. After all, he’s making millions from his recently launched Proper No. 12 whiskey. 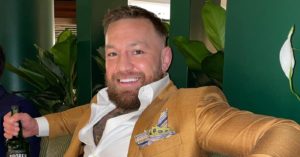 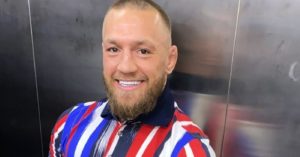 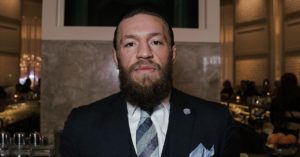 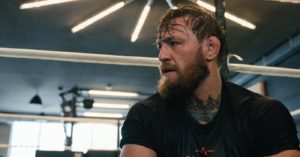 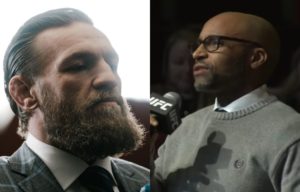 Video: Reporter Gets Booed Off Stage For Asking Conor McGregor About Sexual Assault 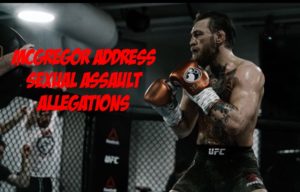