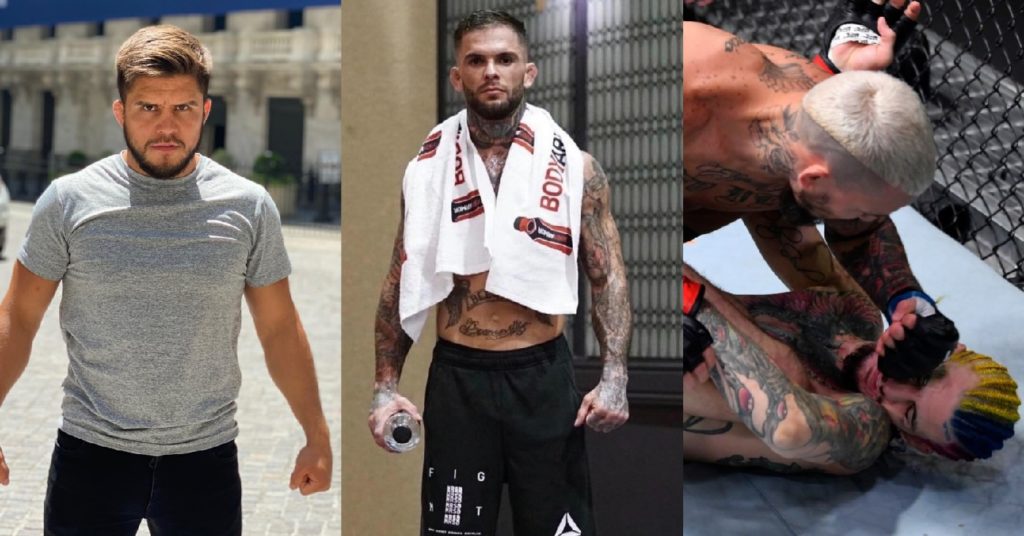 Prior to his first career lost at UFC 252, Sean O’Malley talked a ton of smack to a few people. That is seemingly coming back around, as Henry Cejudo and Cody Garbrandt mocked O’Malley in defeat.

Although O’Malley was a highly touted prospect headed into UFC 252, it was expected that Marlon Vera would likely provide his toughest test to date. This is why many people urged him to be cautious in his efforts to call out the likes of Cejudo and Garbrandt. However what nobody saw coming, was the injury sustained in the contest, leading to him ending up on his back, with Vera blasting him with hard shots to end the fight.

As the norm when a fighter takes a loss after talking a ton of trash, the MMA community has somewhat lashed out at Sean O’Malley. In particular, Cody Garbrandt, who had been one of the prime targets of O’Malley, wasted no time kicking Suga’ while he was down. Taking to Twitter, he fired shots at O’Malley for losing the fight in the first round.

“Some people aren’t made for war… #SugaFree”

Some people aren’t made for war… #SugaFree

That being said, Garbrandt was not the only one to talk smack to O’Malley. Former flyweight and bantamweight champ Henry Cejudo also roasted the 25 year old. Cejudo suffered an injury that was apparently similar to the one sustained by O’Malley, but he was able to persevere and win a decision against Demetrious Johnson to end his legendary title reign. So the Olympic wrestler poked fun at Sean for not being able to do the same.

“Sooner or later they all bend the knee. 🏆🏆🏆

I fought DJ and Marlon with no legs! This two pump chump broke his nail and can’t compete. #levels”

Sooner or later they all bend the knee. 🏆🏆🏆 pic.twitter.com/yR5x1OuMnW

I fought DJ and Marlon with no legs! This two pump chump broke his nail and can’t compete. #levels https://t.co/bca2cYooBA

Obviously there is no pride in beating up someone who lost or got injured. On the other hand, it is not surprising to see Henry Cejudo and Cody Garbrandt roast Sean O’Malley, considering their histories. On the other hand, this seems like far from the last time we will be seeing this young prospect.