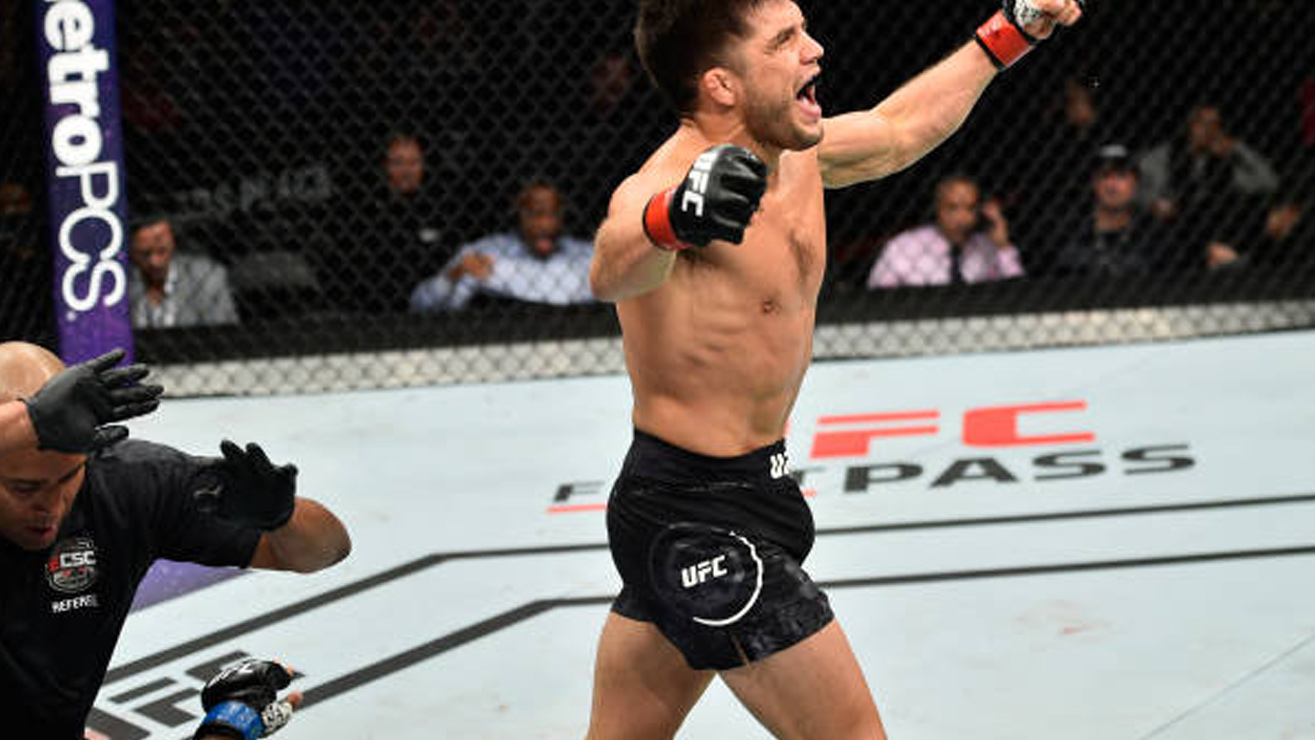 We are live at the co-main event of UFC 227 pay-per-view (PPV) from inside Staples Center in Los Angeles, California. Demetrious Johnson defends his UFC Flyweight title versus dangerous Henry Cejudo.

Cejudo twisted his foot at the beginning of the match and had problems moving, he had to switch his guard very early on. One more good right high kick from Demetrious Johnson landed too, and Johnson dominated the first round with superb movement. Cejudo caught Johnson’s leg once and took him down but that was all from him in round 1.

The main difference between the fighters in the stand-up game – Johnson hits and goes out, while Cejudo is simply too slow and receives punishment all the time. Johnson controls the match with low kicks and hooks.

Cejudo has one successful takedown attempt at the fourth minute of round 2. Interesting knees to the clavicle bone from Cejudo, this is seen very rarely.

We’ve seen good knee from Johnson at the beginning of the third round. Good takedown by Cejudo one more time but Johnson defended standing guillotine choke with an ease. Johnson was switching guard all the time and gave a hard time to his opponent.

Johnson made a tremendous move when he escaped from takedown attempt at the end of the third round – Cejudo had his back! And Johnson does the same thing again… great third round!

At the beginning of the fourth round, Johnson switched tactics and tried to utilize pressure, and we have seen one great punch from Johnson to Cejudo’s chin. Henry caught his leg and took him down again, but Johnson escaped easily.

Another Takedown by Cejudo!

Great right body kick from Johnson but Cejudo takes him down against the fence. Cejudo was holding the position on the ground for the last two minutes successfully.

Johnson slipped in the fifth round, but Cejudo didn’t use the situation to his advantage. The fifth round was pretty much a tactical showdown… but two minutes before the end of the match, Cejudo tripped him and controlled his back against the fence…. And one more trip by Cejudo and Johnson is… rocked?! Great punch exchange in the last few seconds and the match ends.

Cejudo gets the champ down for a moment, but DJ rolls out of it and gets back to his feet! #UFC227 pic.twitter.com/oGaQc6FMjz

Who took it? #UFC227 pic.twitter.com/kEbDHjq2Bh