Cody Garbrandt calls Aljamain Sterling boy, so he explains to fans why you can’t call an African American boy

Could Cody Garbrandt pick a worst weekend to bust out racial slurs in the name of fight promotion. Not only did Garbrandt call Aljamain Sterling “boy” once, he doubled down and did it twice.

This wasn’t the fun loving “hanging with the booooooooyyyyyyyyyzzzzzz” Garbrandt we know and love (despite his new facial hair). No, this was a white American male calling a black American male “boy” and it was completely uncalled for.

Look Dominick Cruz, already taught us that Garbrandt’s shit talk is one big giant trash fire but still the UFC bantamweight champ and someone the UFC wants to market as a star has to be smarter than whatever the hell this was. 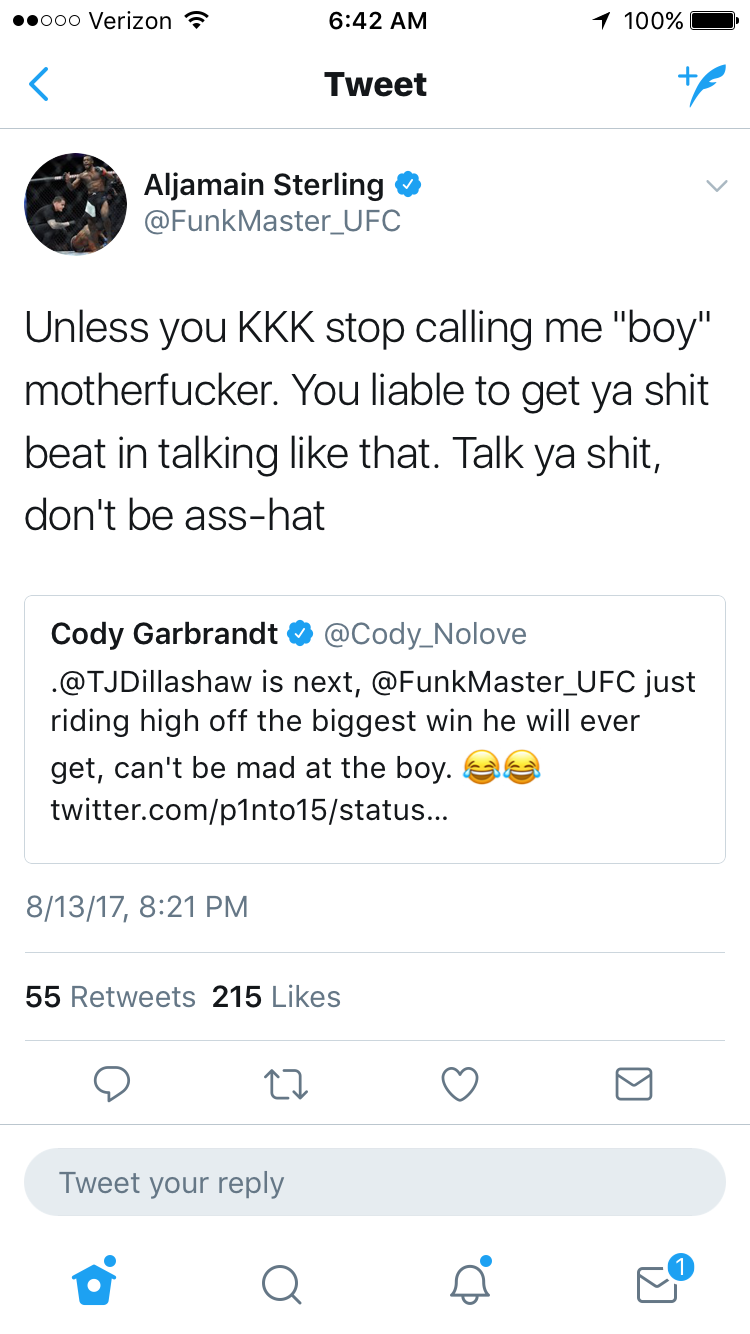 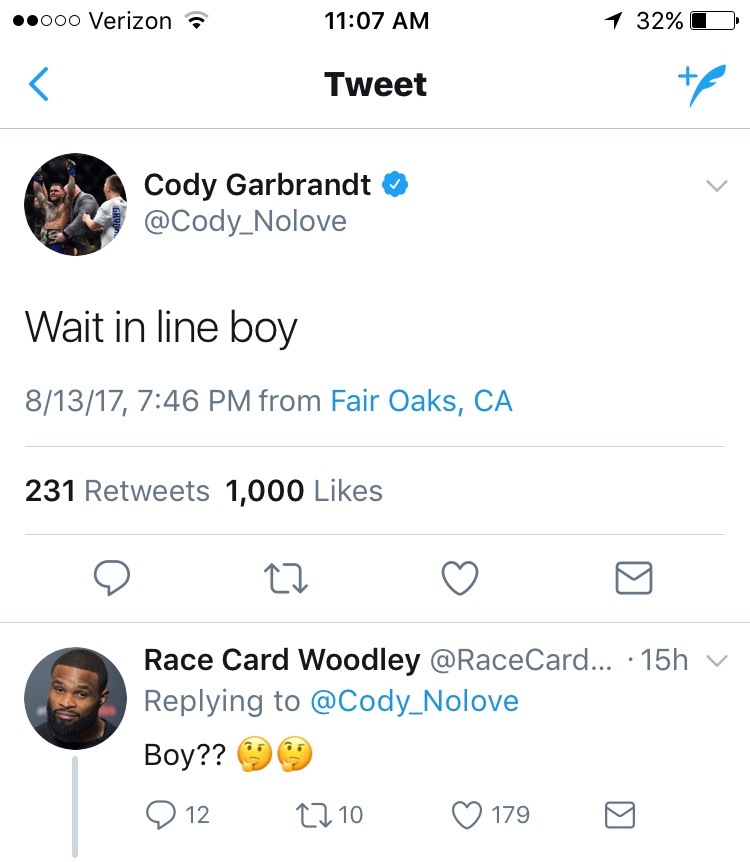 Also, let’s to try to ignore the dense Cody Garbrandt fans trying to argue with Aljamain Sterling online about the merits of using racial terms to further a potential cage fight. 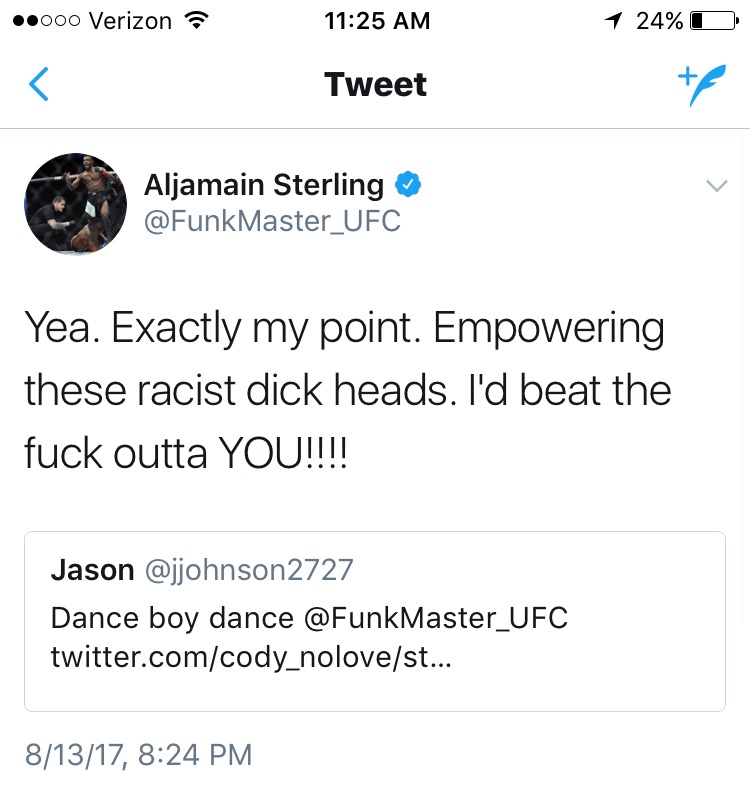 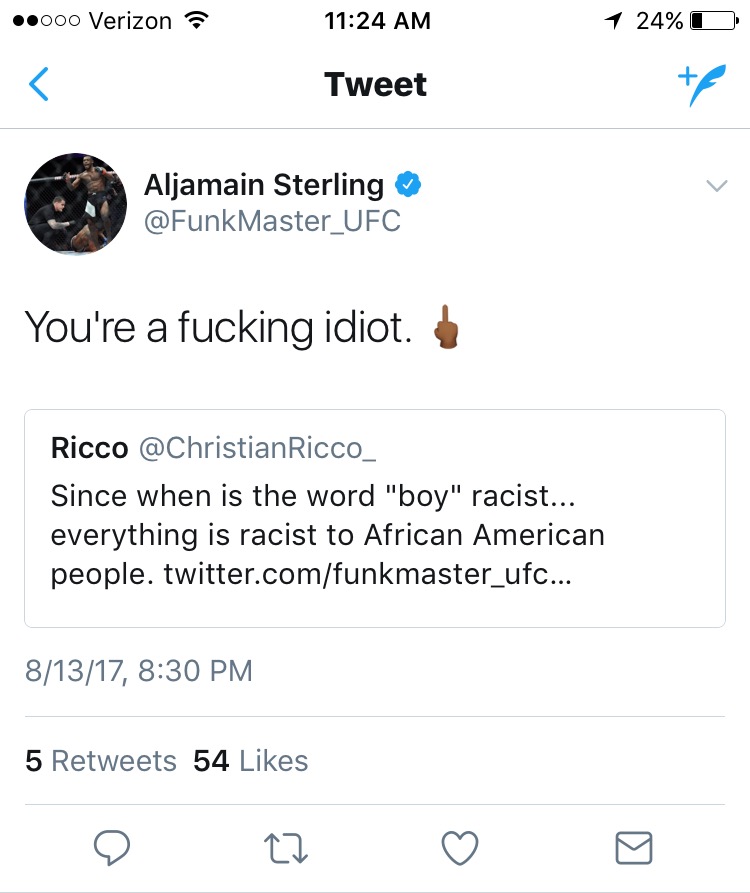 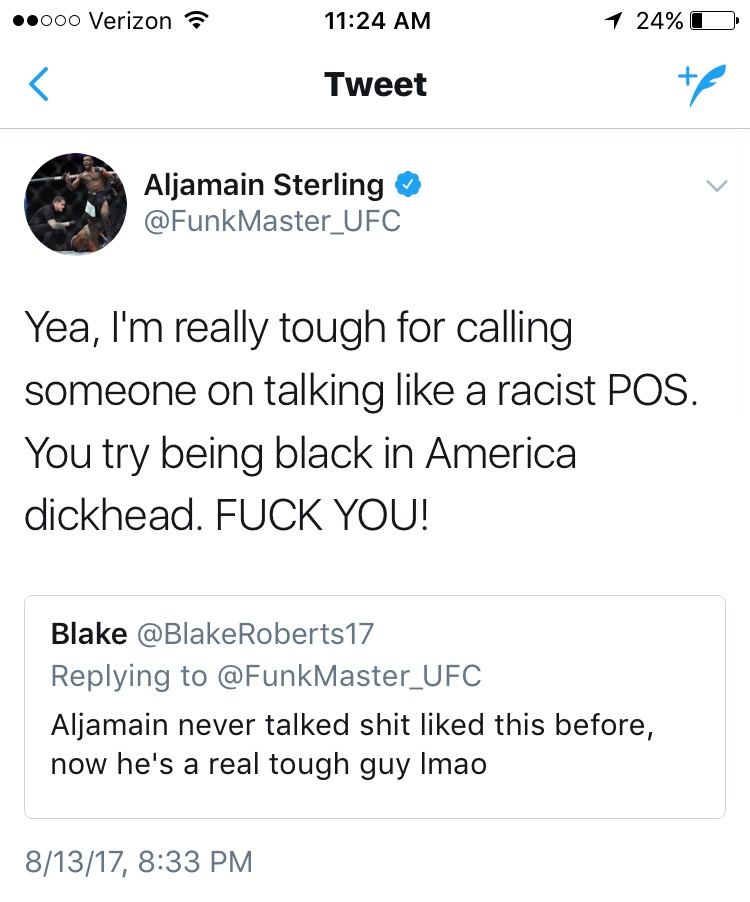 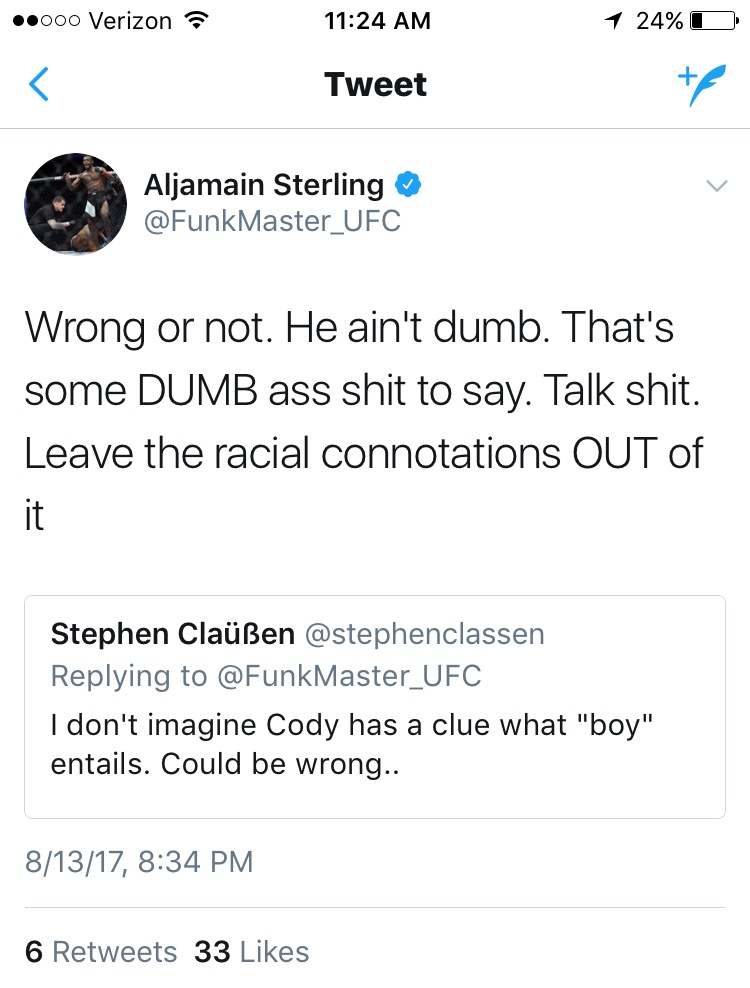 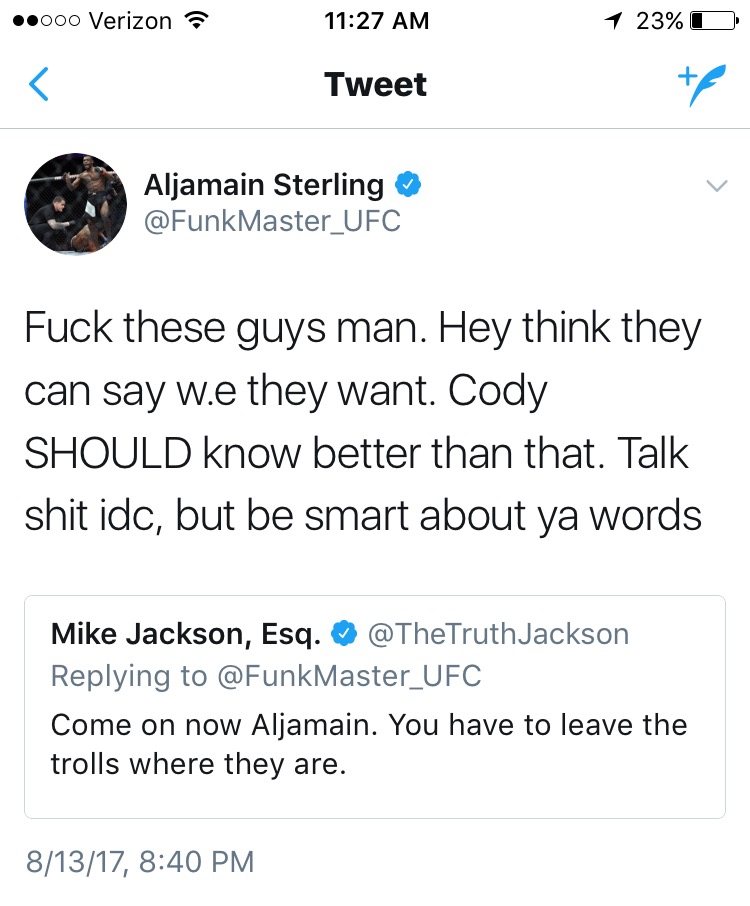 Or maybe you should start doing some research pic.twitter.com/GI3UxAq88y

This is the UFC so Garbrandt will likely suffer zero consequence for his verbal stupidity but imagine for a second if Tom Brady called Dak Prescott “boy” or Kevin Love told Kevin Durant to “wait in line boy”. Holy shit what a media cluster fuck that would bring upon the sport’s world; Skip Bayless’ head would implode due to a lethal injection of hot takes.