Yes, your favorite ring card girl is finally back. It may appear that she’s looking at you in the banner picture, but in reality she’s looking at me. Maybe I should put on some pants and clean up my office a little. I don’t want her to get the impression that I’m some sort of slob that stays on his computer and writes about MMA all day. She needs to buy into the illusion that I’m some prestigious guy that opens doors for women and that I would prefer a healthy salad over a handful of Jack in the Box tacos. In reality, calling those things from Jack in the Box ‘tacos’ is an insult to every Hispanic person that lives in my neighborhood. Let’s start a riot. Just kidding, let’s just talk about ONE FC’s next card in Jakarta, Indonesia since it doesn’t involve getting in a street and lighting cars on fire.

The MiddleEasy Network has some highly entertaining things planned for ONE FC 2, which goes down February 11th at Sports Mall Kelapa Gading in the heart of Jakarta, Indonesia. Of course we’ll be there to be amongst Asian MMA greatness. In the meantime, check out ONE FC 2’s newly released card which is overflowing with absolute murderers that you’ve probably never heard of since you don’t reside on the opposite end of the globe. Look out for profiles on all these fighters on the MiddleEasy network in the immediate future. 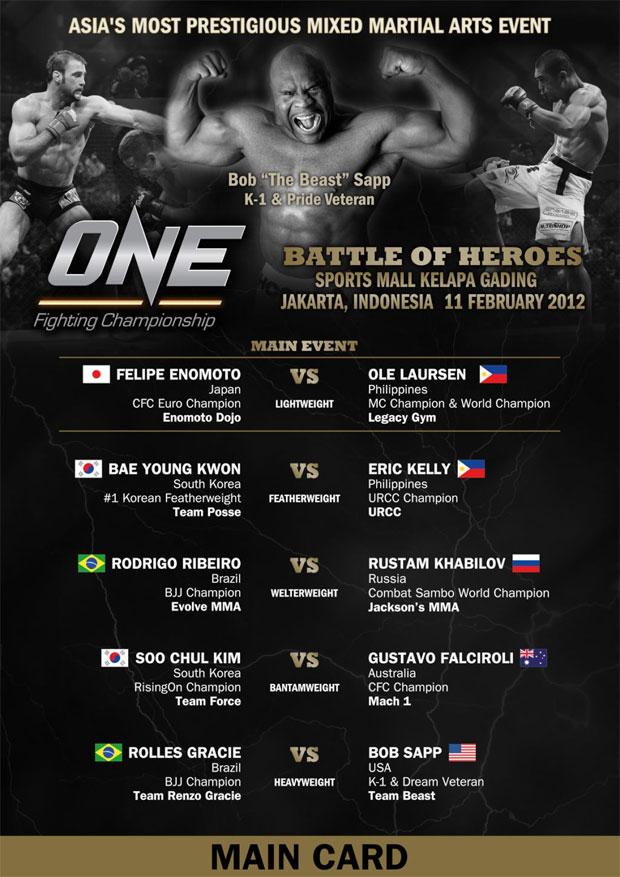 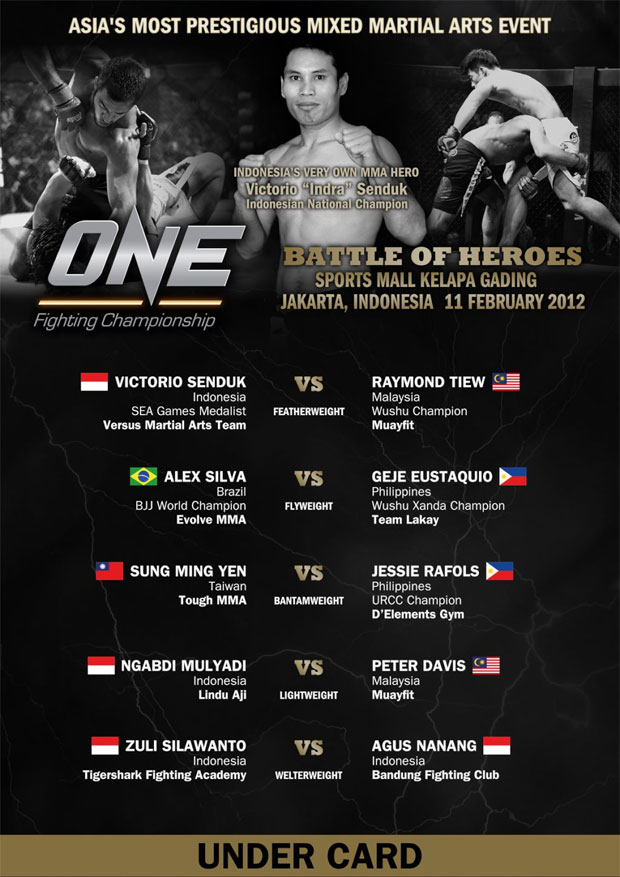