Chael Sonnen Tells Story Of Mike Perry Telling Him Off And Blocking Him Over Submission Underground Offer, Perry Fires Back. 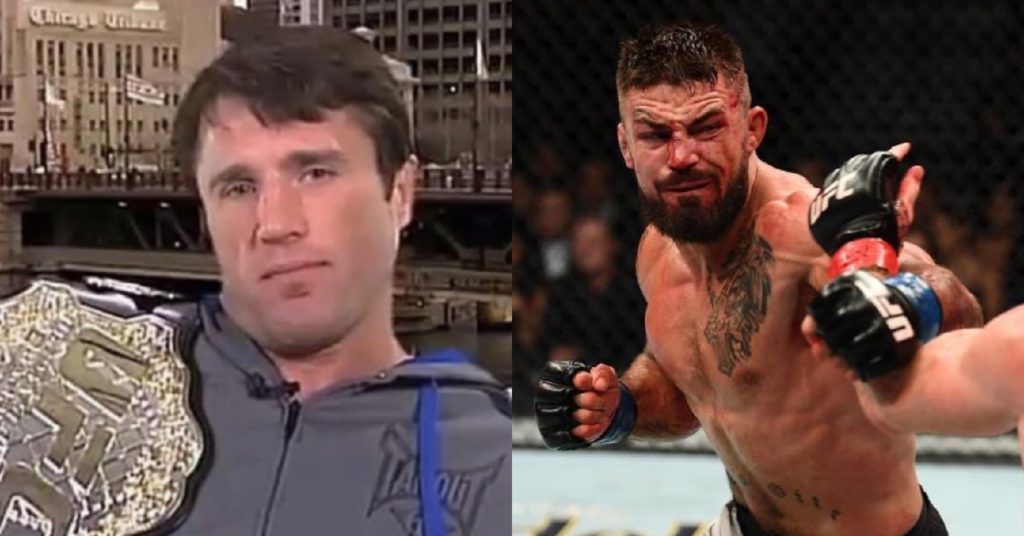 Chael Sonnen has been involved in plenty of beefs in his day. Now he seems to have found a new person who is mad at him, in the form of UFC welterweight Mike Perry.

Although Sonnen is a fan favorite by any measure, he has a way of rubbing other fighters the wrong way. With him being retired nowadays he does not actively beef with too many people. However he is certainly known for throwing barbs at Jon Jones every chance he gets, or telling stories of wild experiences in the MMA world.

We will never know who the best was, but we will always remember our CHAMPIONS.

A bit of an unexpected person to beef with Chael Sonnen, is UFC welterweight Mike Perry. However this is apparently the case as Chael explained in a recent video to his YouTube. Here he explained that he reached out to Mike about a match in Submission Underground, to which Perry responded by apparently telling him off, before blocking the former middleweight and light heavyweight title challenger.

“Did I tell you guys about when Mike Perry told me off?” Sonnen said. “Very strongly he told me off, I might add. I have the text message. So Mike Perry grappled in Submission Underground and he looked great. He had this big upset win over Al Iaquinta. He understood the rules. Al kind of held position and showed he was the better wrester. They get into overtime and it was kind of a big surprise that Perry was the deeper thinker with the EBI rules. In all fairness he looked great.”

From there, Sonnen goes on to explain that Donald Cerrone was in touch and with him about getting on a SUG event in December, not caring who the opponent is. So Chael reached out to Mike to ask him about the match. Before Chael could even tell Mike what the purse would be, Perry was apparently not interested and made it clear with an aggressive response.

“He writes me back, and he lets it out,” Sonnen said. “Whatever he wanted to get off his chest, he covered all the bases. It was funny. I mean, he told me off so strongly it was funny, and I assumed he was kidding. I hadn’t got to the offer yet, I hadn’t gotten to what the purse purse yet. It was so funny the way he told me off that I instantly called him…I call Mike Perry, and I go to voicemail. So I send him a text message, he’s got an iPhone and the message turned green. Mike Perry blocked me, which means he wasn’t kidding. Which means that when he was telling me off he wasn’t doing it with a wink-wink, he was telling me how he really felt.”

Naturally Mike Perry is not the type of guy to take this type of thing lying down. Taking to his Twitter, he sent a post to Chael Sonnen, apparently in reference to this story. Here he called the American Gangster a liar, and a good one at that.

What do you make of this beef between Chael Sonnen and Mike Perry?