Cejudo recently made headlines when it was revealed that he was working and training with Jones after the latter was recently kicked out of Jackson-Wink.

Henry Cejudo has responded to Daniel Cormier after the latter took offense at him training with Jon Jones.

Jones was recently kicked out of Jackson-Wink following his arrest for domestic battery charges in September following the UFC Hall of Fame ceremony.

He would later make headlines when it was recently revealed last week that he was training with Cejudo out of the Fight Ready gym in Arizona.

What do you get when you get the Greatest Combat Athlete of all time and the Greatest Mix Martial Artist of all time. Just wait and watch ….. @JonnyBones
🐐🐐
📷 @frankies_photos11 pic.twitter.com/waRgdbZMfH

Cormier — who is still bitter rivals with Jones as well as former Olympic teammates and friends with Cejudo — was not pleased and made his feelings known with an Instagram story and a short and sweet caption:

Jones even responded to Cormier soon after. 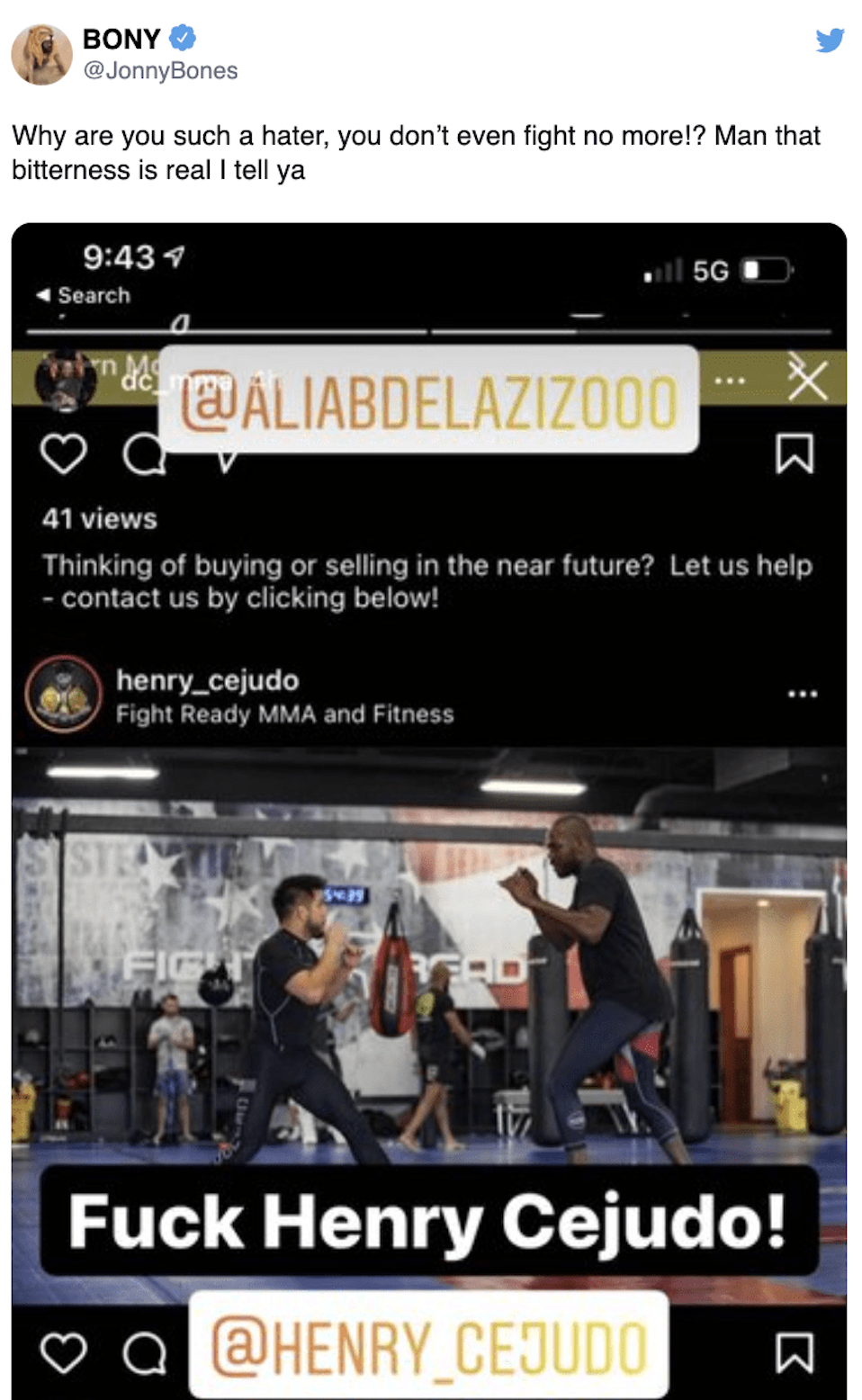 Cejudo: Legends Have To Take Care Of Legends

It took a few days, but Cejudo finally responded to Cormier’s post as he explained why he decided to train with Jones.

“That’s all it is, Daniel Cormier. But if you don’t like it, DC — you can do me a favor and you can bend the knee to King Triple C!”

You know I love you @dc_mma, but legends got to take care of legends. Us 🐐🐐 gotta take care of each other. But if you don't like it DC, I got three words for ya 🧎🏾‍♂️ #bendtheknee #TripleCandSchmo #JonJones