Bridger Walker saved his younger sister from a dog attack in which he received 90 facial stitches to protect her.

The mixed martial arts community shares a lot of common interests outside of the octagon. Of course, the individual components that makeup MMA such as boxing, jiu Jitsu, wrestling, and Muay Thai. However, there are also things like beer, music, grilling, and dogs. And while most dogs are adorable, every once in a while, an untrained canine could cause massive damage with its fangs. While searching for a feel-good story, Middle Easy came across this heroic 6-year-old jiu-jitsu player who saved his sister from a vicious dog attack.

Details of the Bridger Walker Story

Bridger Walker is a 6-year-old happy kid from Wyoming. However, Bridger’s aunt Nicole recently took to social media to share a valiant story. In the post, she shared that Bridger saved his younger sister from a dog attack in which he needed 90 facial stitches.

“My nephew is a hero who saved his little sister from an attacking dog. He, himself, took on the attack so that the dog wouldn’t get his sister. He later said, “If someone was going to die, I thought it should be me.” He got home from the hospital last night. I know it’s a long shot, but I’m reaching out to the Avengers and other heroes so that they can learn about this latest addition to their ranks. Please, check your DM’s for my sweet nephew’s story,” wrote Nicole. 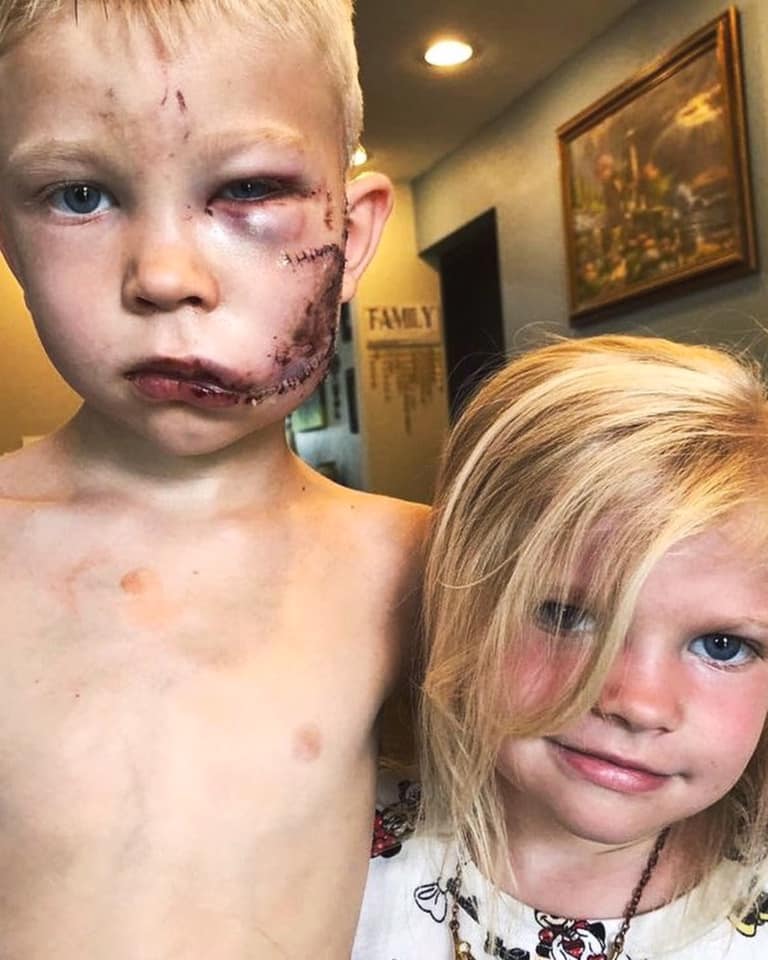 The Makings of a Future Star

Later, it was revealed that Bridger trains BJJ together with his father. Both train at Black Label BJJ Cheyenne Academy in Wyoming. And, while Bridger is only a fourth stripe white belt, his skills came in handy when it came to protecting his sister.

The heroic story is the origination of great martial arts back story. The UFC is always looking for it’s next biggest star. Who knows, Bridger Walker could be a star in the company 15 years from now.

Bellator President Scott Coker Will "Definitely Reach Out" to Paige Van Zant in Hopes Of Signing Her
Read Next Post →
Click here to cancel reply.