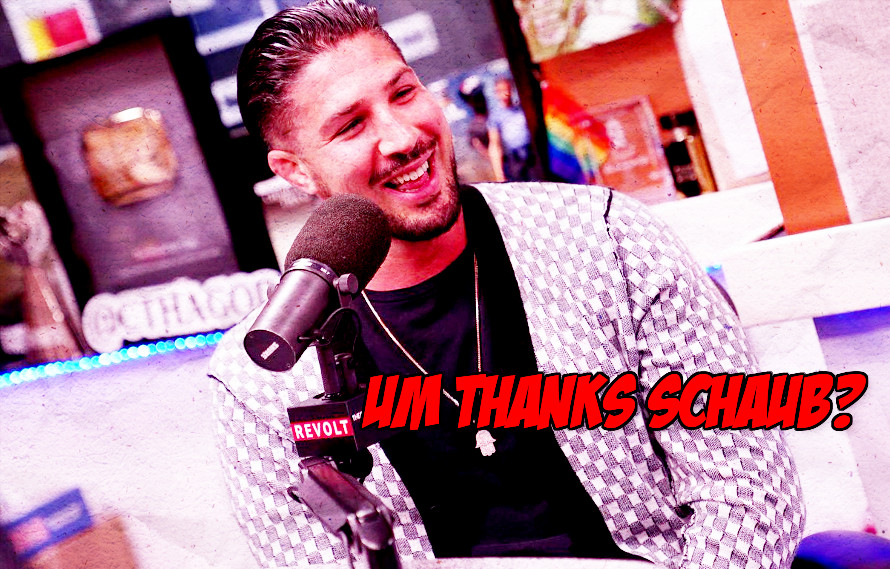 There are two types of people in the world: those that root for teams and those who root for players. Brendan Schaub is the former and he just stuck it to the little guy by protecting the rights of a giant $4 billion dollar company.

This may be the most Schaub story of our time. A truly Forrest Gump effort here from The Schaub.

From our fine friends over at Torrent Freaks, here’s the story of Brendan Schaub unwittingly helping take down the largest UFC pay-per-view streaming site on The Internet.

If I don’t get this ESPN + to work in the next 5 mins I’m gonna be forced to turn to the dark side. I’ll buy a @stylebender Reebok kit so I don’t feel bad. @bryancallen what site do you use 🤷🏽‍♂️🙄 #UFC236

“In a post-event podcast, Schaub revealed that what he saw in the illegal streaming world should be a serious matter for the UFC.

“I don’t think they [the UFC] realize the level of pure professionalism these dark web dudes have to these links. I’m not gonna say I did watch it illegally, i’m not gonna say I didn’t. When I clicked on that link, that thing was better quality than I had [expletive]…ever seen.

“Here’s the thing that’s scary about it,” he continued. “I must have got 2,000 DMs with different links to illegally stream this thing.”

And then, the cardinal sin. He mentioned Reddit by name.

“Just for database and research I went through 10 to 15 [of the links]. How big is Reddit? Reddit has their MMA thread where [events get posted], and you’re talking clear as day. I saw the fight. I’m anti-illegal streaming, i’m against that,” he added, to balance things up a bit.”

Hooray, the UFC is going to make even more money, probably still pay the fighters less, and fans will have more cash taken out of the their pockets. Awesome news all around everyone.

Way too go Brendan; clearly the type of dude who will 100% call the cops for a noise compliant on a Saturday night. Definitely the kid who reminded the teacher to give everyone homework over a three day weekend.

Score even more points for the UFC’s bottom line, all thanks to the brilliant detective work of BS.

Your a moron title holders make more money when ppvs are sold so your literally taking money directly out of the top guys pockets in order to illegally stream. Pay the 60 bucks once a month u cheap fucks and quit blaming a fighter for wanting u to pay to see fights it's a tough job u don't get the fruits of there labor for free u fucking commies

So you're mad at a guy for reporting an illegal act and somehow he's the bad guy? Your priorities are FUCKED UP.