Blaydes suffered his third professional defeat following an uppercut from Lewis at UFC Vegas 19 this past weekend.

It’s been a rough few days for Curtis Blaydes.

For one, he suffered his first defeat since 2018 following a devastating uppercut knockout at the hands of Derrick Lewis at UFC Vegas 19 this past weekend. In the process, it erased any hopes he had of challenging for the title next.

To follow that up, he was harassed by a prank caller who Facetimed him following his defeat.

Despite all that, the Chicago native is taking his latest setback in good stride as he released a statement on his Instagram story on Tuesday. 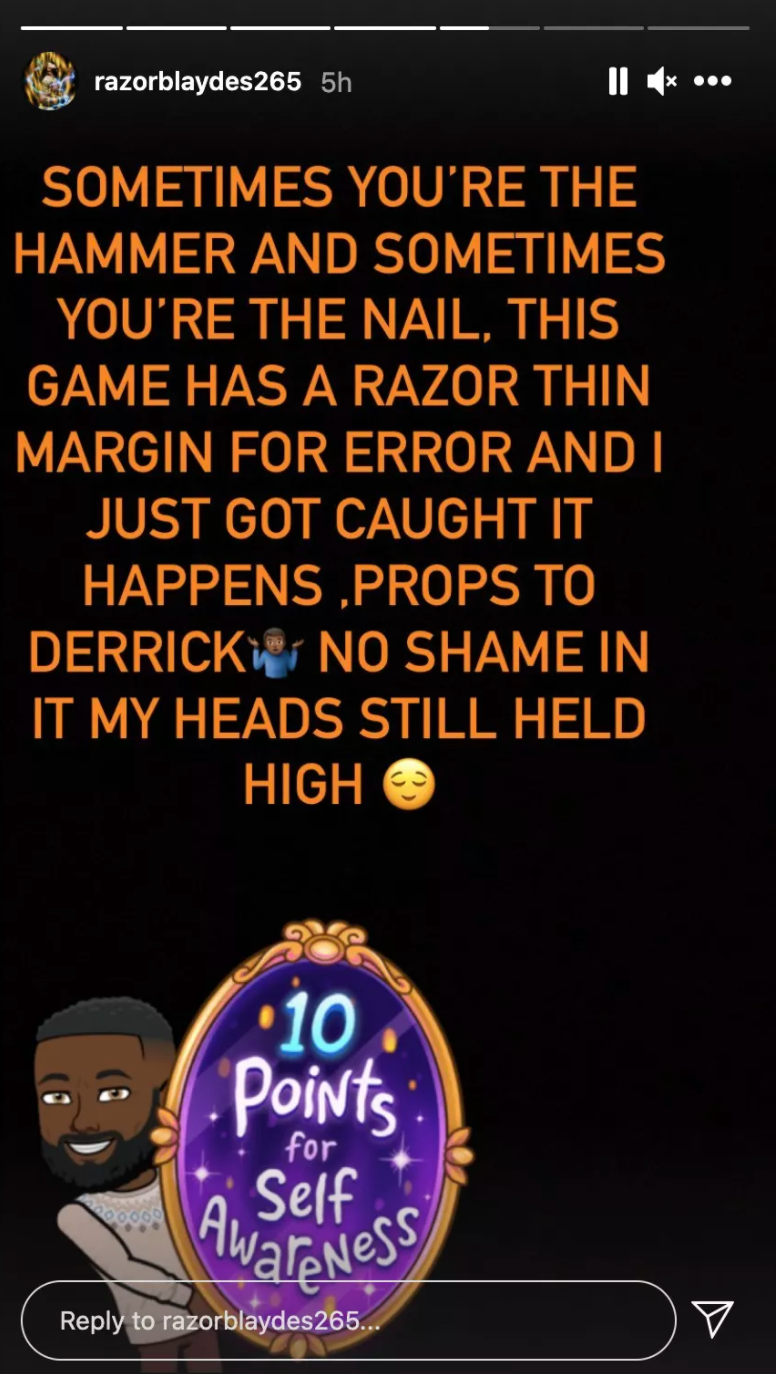 It’s certainly not the end of the world for Blaydes.

After all, he was on a four-fight winning streak prior to the defeat and still remains at the top of the heavyweight rankings as he only dropped to No. 3 with Lewis leapfrogging him to the No. 2 spot.

A win or potentially two could see back to staking a claim for his first UFC title shot.