Bisping offered encouragement to Till whose loss to Derek Brunson last night made it his fourth in his last five outings.

Michael Bisping offered encouragement as well as advice for Darren Till following his latest setback.

Till was submitted by Derek Brunson in the third round of their UFC Vegas 36 headliner on Saturday night. Despite having a few good moments, Till was largely dominated on the ground during the fight and took plenty of damage before he ultimately succumbed to a rear-naked choke.

That loss made it two in a row for the Liverpool native as well as four in his last five overall as his dream of becoming a UFC champion seems more and more unattainable.

That said, he is still only 28 as Bisping offered encouragement to his fellow compatriot as well some suggestions.

“Obviously, commiserations to Darren. It was a tough night at the office,” Bisping told BT Sport. “I’m sure he’s very upset, he exited the cage very clearly which is a clear sign he was annoyed. That’s probably a lot going on behind the scenes that we don’t know.

“It’s another loss on his record and it’s further halting his progression to becoming champion of the world. But what I will say in terms of encouragement — he’s only 28 years old. I had many many ups and downs throughout my career.”

Till Using Bisping’s Path As Motivation

Till certainly knows about Bisping’s struggles before he ultimately became a champion in his late thirties.

Post-fight, “The Gorilla” even posted a picture of Bisping as well as Charles Oliveira as self-motivation, highlighting that anyone going through setbacks can still become champion.

And while Bisping sympathizes with Till’s struggles and told him to keep his chin up, he does believe some changes need to happen for the former welterweight title challenger.

“Maybe some tweaks,” Bisping added. “I’m not suggesting he leaves Team Kaobon, but maybe go somewhere where they have a heavier influence on wrestling, certainly on jiu-jitsu as well. With absolute respect, the ground game could have been a little better there tonight.”

Another suggestion was to potentially move back down to welterweight so he wouldn’t be at a strength disadvantage.

“He is only 28 years old, he needs to make some changes. I think perhaps, a move back down to welterweight. Derek Brunson is a much bigger guy [than Till]. I’m not talking height-wise, height-wise very similar. But when you look at the frame and with that frame and muscle, comes a lot of strength.”

In the end, Bisping still believes Till has the potential to be a champion as long as he stays the course and remains focused. 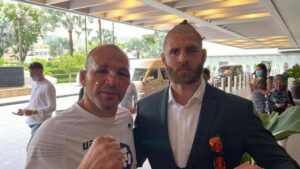 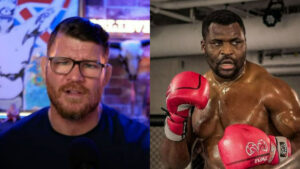 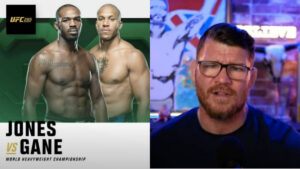