Baller Alert: Bigfoot Silva now has the ability to wreck a machine that costs more than everything you’ve ever owned in your small, claustrophobic apartment. He can put tires on something that costs more than every sporting bet you’ve made in your life — or your kids will make in their degenerate little lives. This is what happens when you knock out a guy that many considered the highest ranked heavyweight in the MMA industry — a brand spanking new 2013 Maserati GranTurismo worth at least $126,000. That’s just the price for the base model. We have no idea what extras have been throw in that eloquent contraption of perfection.

Evidently Bigfoot Silva is sponsored by Sienna Motors of South Florida and following his impressive win at UFC 156, they gave him the keys to a 2013 Maserati GranTurismo just for resigning with them. Heads up MMA fighters, getting a shirt company to slap their logo on your butt is cool — but the real goodies are in local automobile dealers. Props to FiveKnuckles for the find. 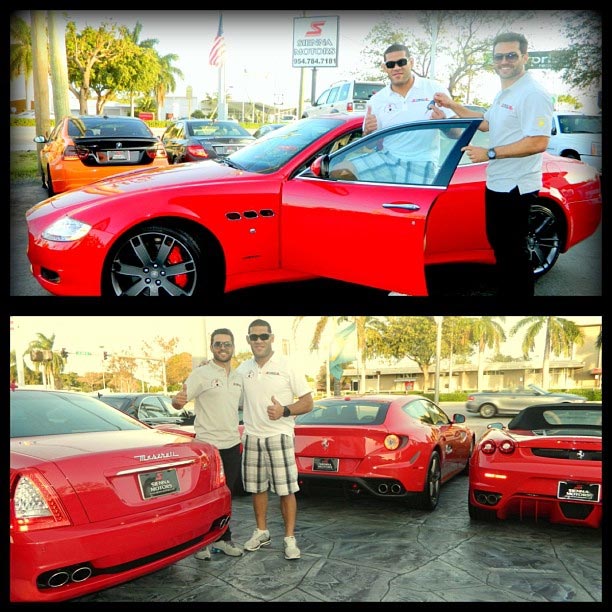