Big Baby is done with MMA 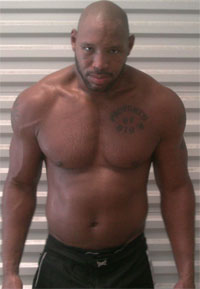 Looking at Marcus Jones is witnessing a tri-blend of man, raw emotion and absolute unorthodox purple-belt Brazilian jiu-jitsu. He’s the only guy that could KO you in the first round, stand over your carcass and then have a complete nervous breakdown and cry about it (well, the second guy). Marcus Jones self-appointed himself as the darkness but upon further review decided to change his nickname to the more appropriately named ‘Big Baby’. Now it looks like Big Baby is officially done with MMA.

According to Around The Octagon, they have learned from a close source (sources that are apparently entirely too secretive to disclose on an MMA site) that Marcus Jones has decided to quit MMA. The ‘close source’ apparently is ‘close’ to Gracie Tampa in Florida, the gym he trained out of. Hopefully in 2010, the entire MMA world will stop using the phrase ‘close source’. We should also ban the phrase ‘Taking it to the next level’ and ‘He’s a beast’. All of those phrases had a pretty good run this past decade but it’s time for us to collectively elevate into the future. A future where Kristin Kreuk knows I exist. Props to MMA_Narcisist for the tip. [Source]