Benson Henderson fought Jorge Masvidal except it wasn’t at lightweight and it also wasn’t on TV. From a Fight Pass main event in Seoul, South Korea, Henderson used his last fight on his UFC deal to take on Masvidal at welterweight. Masvidal was a late replacement for an (often) injured Thiago Alves.

The first three rounds of the five round main event were very Benson Henderson. Closes rounds decided by a strike and grapple here or there, left the normally confused judges as well as fans split of what decision the MMA judging God would give us. Masvidal at 170 pound stalked Henderson and moved forward while punishing the former 155 pound champ with body shots. In round two Henderson used his blessed jab to punish Masvidal.

Round three was another close round in what was quickly turning into a Fight Pass level classic. Henderson still looked to grapple while Masvidal’s takedown defense kept him at bay. Heading into the fourth the fight could have gone to either man. The final round saw some unthinkable scrambles with Masvidal still looking for guillotine while Henderson’s gas tank never let up. After 25 minutes both Henderson and Masvidal were kind of surprised they could not put the other away.

Close fight! Controversial decision that will leave half of the MMA community throwing their Fight Pass remotes in frustration. Henderson asked for an amen via split decision and that is what all three judges cageside gave him in South Korea. The last fight on Henderson UFC contract leaves him going the Eddie Alvarez, Gilbert Melendez, or C) other route with his fight career? 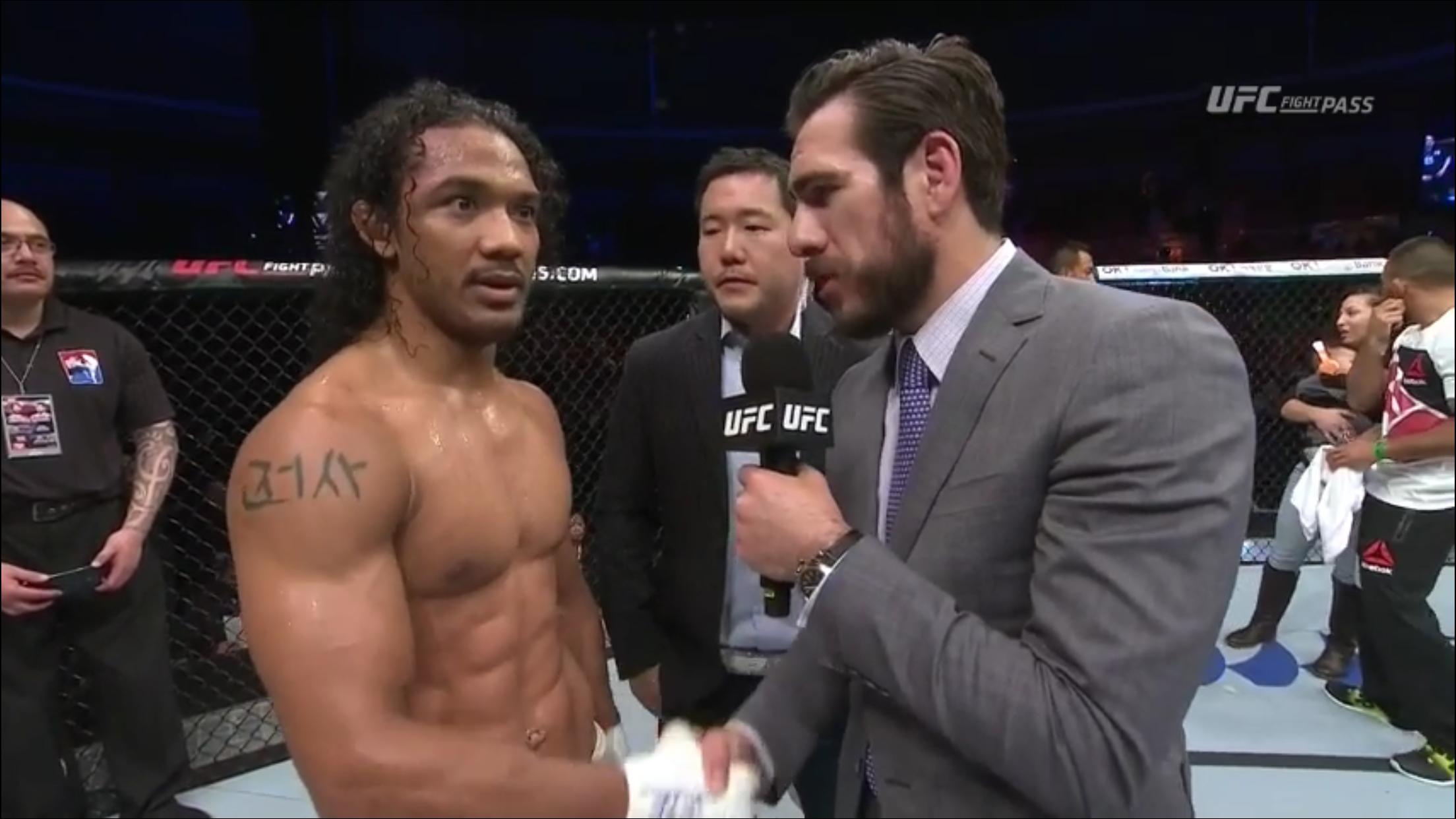 Say it ain't so! Carlos Condit says he doesn't have much time left in MMA
Read Next Post →
Click here to cancel reply.