Conor McGregor is trying to jump the shark while driving a Rolls-Royce through a flaming hoop with both middle fingers pointed at any fighter who has ever competed in the UFC. Even if you bought a fake belt from the UFC Store, McGregor will talk shit about you. The sumo wrestler and guy from the UFC 1 tournament who fought with one boxing glove on? McGregor hates you and will talk endless amounts of smacks toward your retired corpses.

McGregor doesn’t care and he hates all of you. Yes, even you.

During a media lunch while wearing a purple shirt and boat shoes without socks, McGregor lost his shit on the media in attendance. Basically any man, woman or child between the weights of 135 and 185 pounds was fair game at the LA lunch buffet. The quotes are either Conor McGregor in all his glory or a broken vintage 1980s boombox who volume button only plays at “11”.

McGregor volume only hits “11” and if you don’t like it he will throw you under the bus and then back it up over you to ensure both your legs are broken. Just look at the trail of the dead McGregor leaves in his wake while he casually ponders if he’ll get soup or salad with his lunch combo. 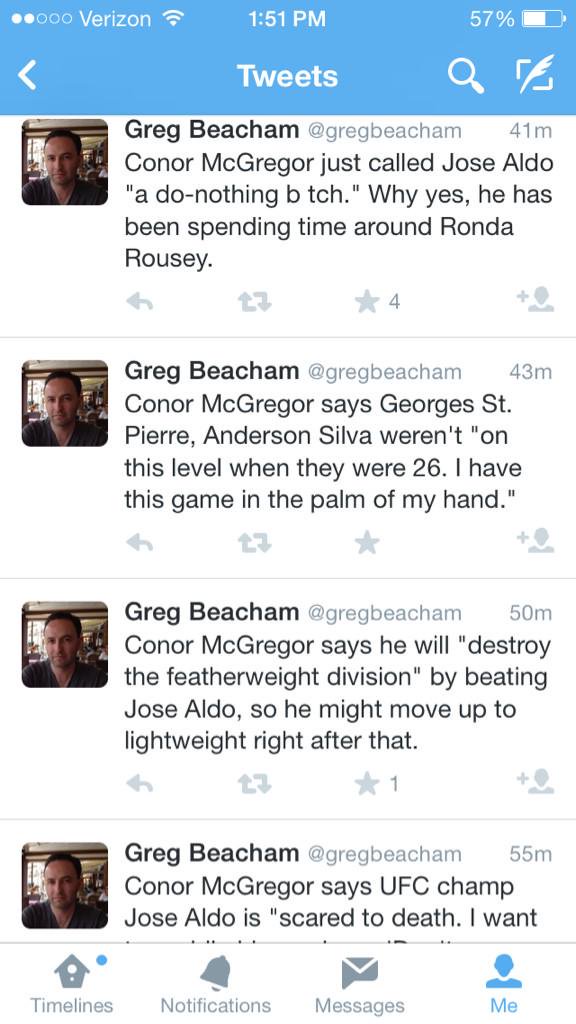 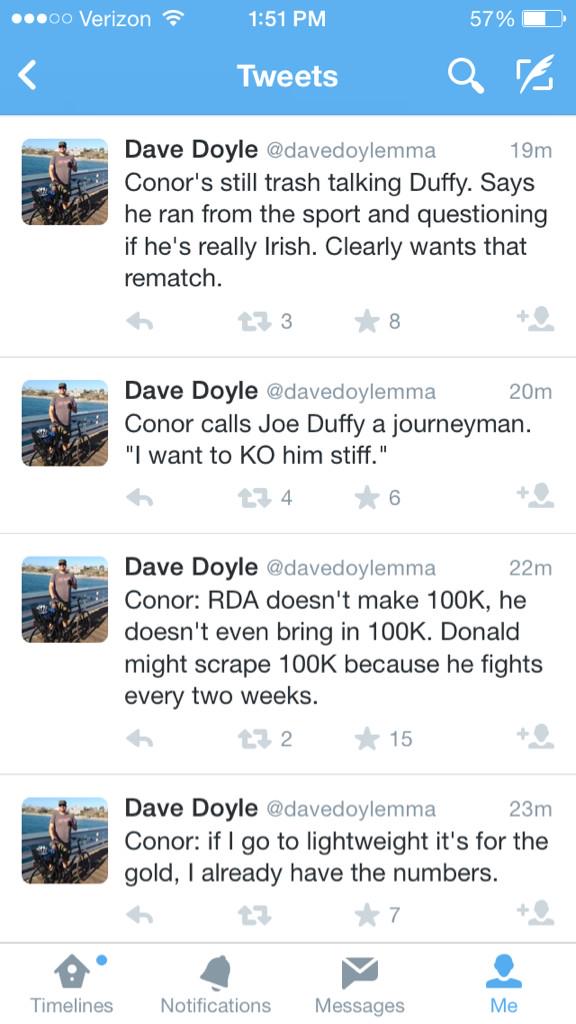 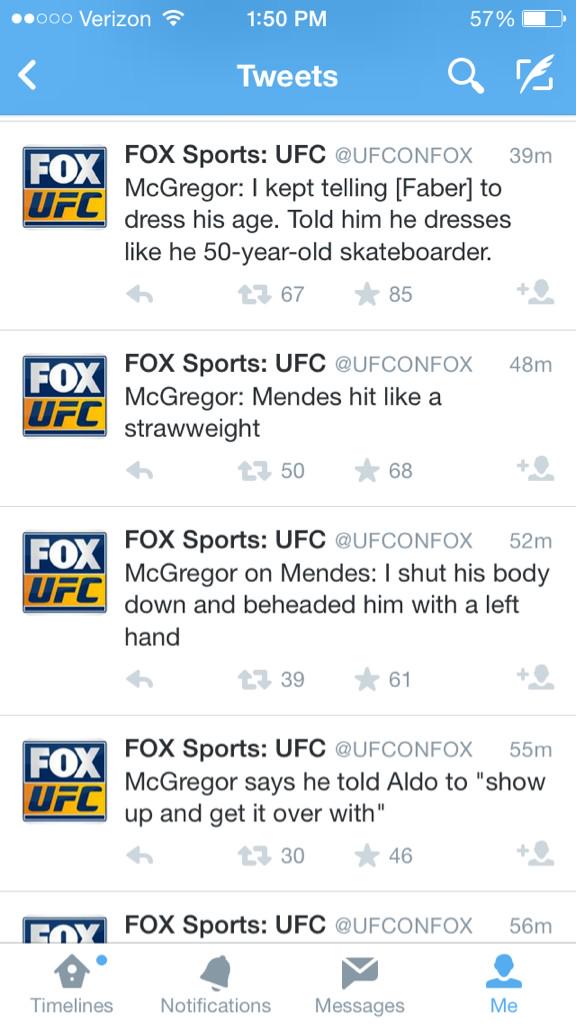