Lion murders are all the rage these days. Now enter UFC light heavyweights Anthony “Rumble” Johnson and Jimi Manuwa threatening to kill each other. The conversation from recently booked UFC cage fight to telling your friends how you killed an endangered beast and turned into a rug went pretty seamlessly between the two fighters.

The striking violence of Johnson vs. Manuwa is now scheduled for UFC 191 on September 5th.

Maybe less than an hour after this fight was announced Manuwa and Johnson were already jawing at each other on Twitter. Disney 1990s animated movie references? Bringing up the recently killed African lion Cecil’s death?  Using graphic pictures of wildlife deaths to get your put across? Weaving in the hashtag #lionslivesmatter into your mixed martial arts shit talk?

@POSTERBOYJM I need a new rug for my house. You’ll look really nice on the floor when ppl visit. I’ll tell them it was a easy kill…

@POSTERBOYJM check my resume and see how many kills i have… remember I’m Scar and you’re Mufasa! 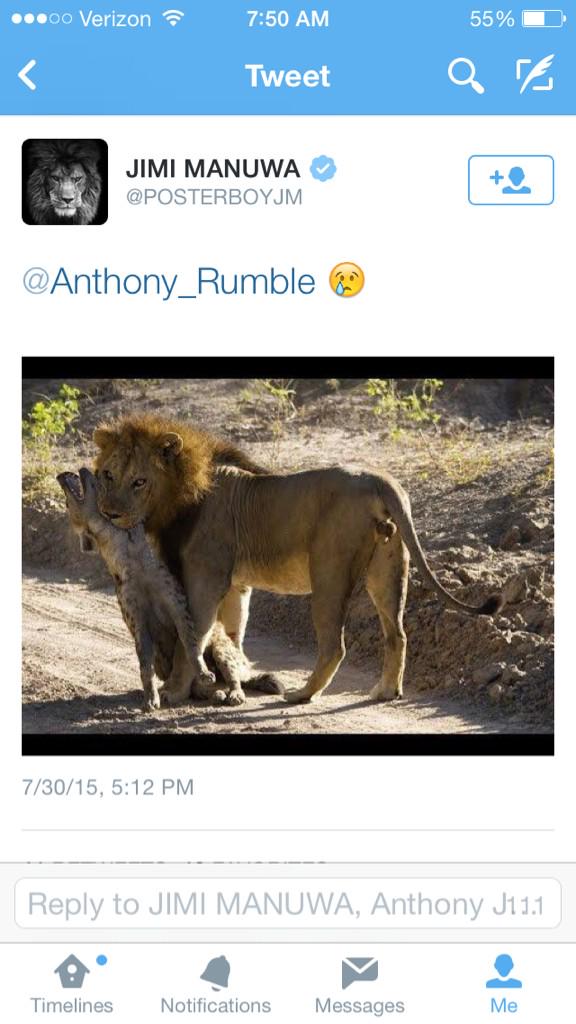 On Rousey title shot, with a straight face Bethe Correia says "I threw the bait and she took it"
← Read Last Post