Anderson Silva vs. Chael Sonnen II will take place in this soccer stadium…

Engenhao, or as Chael Sonnen calls it, ‘the place that the Nogueira brothers will try to feed a carrot to.’ According to Dana White, this summer’s UFC Rio card will take place inside of a soccer stadium in Rio de Janeiro and it will seat upwards of 80,000 patrons. TATAME has confirmed that the event will take place in the ‘Estádio Olímpico João Havelange’ (or ‘Engenhao’), home of the Botafogo de Futebol e Regatas — or as Chael Sonnen calls them ‘an entire team of soccer players that feed carrots to inanimate objects.’ Actually, a lot of soccer teams play at Engenhao — and Chael Sonnen vehemently believes they all have an obsession with feeding carrots to automobiles.

Check out the pics from the stunning stadium below, a structure that cost $192,000,000 to build with a seat capacity of 46,931 according to Wikipedia. 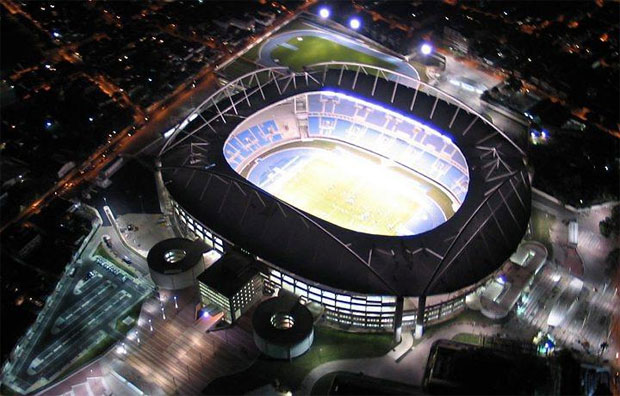 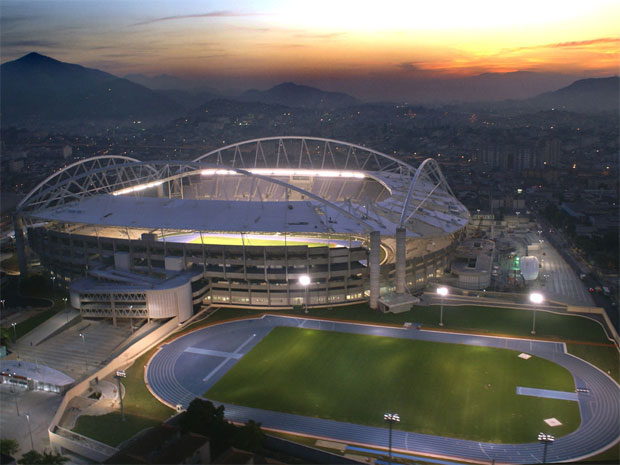