Sterling is all for fighting 'Suga' next, says nobody would care about him fighting Cejudo.

Aljamain Sterling pushes Henry Cejudo aside for a fight with Sean O’Malley.

The UFC Bantamweight Champion would rack up the second title defense of his career against TJ Dillashaw at UFC 280. Following the dominant TKO victory, Dana White and others are interested in putting Sterling against former champ-champ Henry Cejudo.

Sean O’Malley Is The Money Fight

Both Cejudo and O’Malley have made their claim for the next title shot. However, Sterling would rather take a ‘money fight’ with the new #1 contender instead of the inactive ex-champ.

“I like money. Money excites me. If there’s a money fight, it’s sugar tits,” Sterling told TMZ. “It is not even me calling him sugar tits to be disrespectful. I just think it’s funny. But, the guy can fight. He’s got serious skills. If we’re talking the matchup, it can go my way or really go the other way for him. That’s the match up right there. Cause obviously I take him down, I think it’s about anybody. I take them down, it’s a bad night.

“I think O’Malley’s got decent skills off of his back, but I think I do the same thing to him and I steamroll him as well. I can also see him catching me and getting a crazy highlight, which would be unfortunate. Knock on wood to make sure that does not happen. But that would be the money fight. That excites me.”

The Fight That Excites Sterling The Least Is Cejudo

The star-studded O’Malley excites Sterling at this point. But, Cejudo? Not so much. ‘The Funkmaster’ doesn’t think much fans would care about him fighting the formerly retired ‘Triple C’.

“There’s so many good challenges out there. The only one, if I’m being honest, the one that excites me the least is the Cejudo fight. It really is,” Sterling continued. “I don’t say that to disrespect him, I say that because he hasn’t competed in so long that it’s like only the real diehard fans are gonna care about that match up in the wrestling community, other than like everyone. This fight with TJ [Dillashaw], everyone cared.

“If you don’t wanna watch it, then it is like, what are we even doing this for, Henry? Like, no one wants to see it. That’s why I’ve been telling him like, ‘Dude, fight one fight and go out there and kick somebody’s ass and then let’s build a fight’. That’s the right way to do it. It’s not disrespect to Henry, I just want it to make sense. I want people to wanna be like, ‘I can’t wait to see this match up because there’s something there’. Henry show that he’s still the guy, I mean his resume speaks for itself. But again, I just feel like no one cares about the fight.” 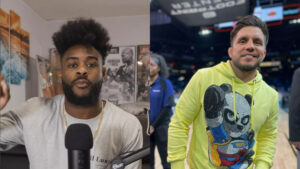 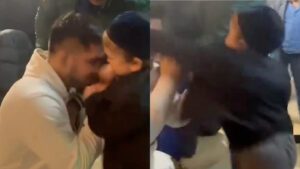